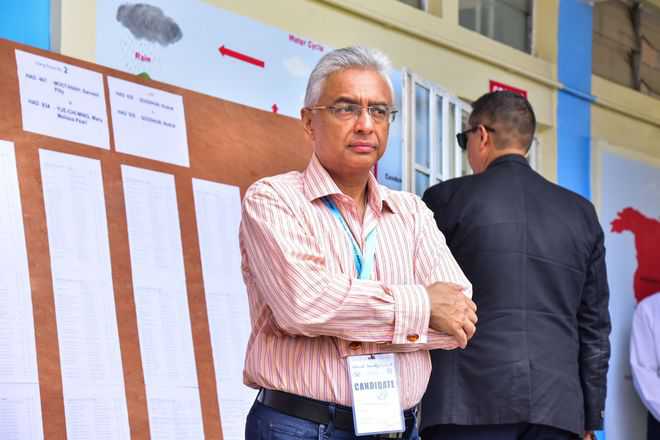 Thursday’s vote was dominated by calls for fairer distribution of wealth on the prosperous Indian Ocean island of 1.3 million people which touts itself as a bridge between Africa and Asia and has a flourishing financial sector. MSM won 35 of the 62 seats up for grabs while its rivals, the Labour Party and the Mauritian Militant Movement (MMM), garnered 15 and 10 seats respectively, the election commission said. Two seats on the island of Rodrigues were won by the Organisation of the People of Rodrigues (OPR) party.

Jugnauth, 57, became PM in 2017 when his father stepped down from the post, and has already introduced a minimum wage to try and improve wealth distribution. The three parties campaigned on further strengthening the welfare state and improving equality in one of Africa’s most stable and wealthy nations. Final results were expected later on Friday evening, Electoral Commissioner Irfan Rahman said. Some 723,660 voters, 76.84 percent of those eligible, turned out for the ballot, officials said. The turnout was 2% higher than the last election.

Mauritius expects its economy, which is dependent on tourism and financial services, to expand by 4.1% next year, up from a forecast 3.8% this year. Analysts expect economic diversification to proceed regardless of who wins the election. The challenger parties, arguing that the Jugnauth family’s rule has been marked by nepotism and corruption, had appealed to voters to choose change. — Reuters