WASHINGTON: The outgoing Obama administration is planning a series of fresh sanctions against Russia for its alleged role in cyber hacking into servers and emails of American political parties and leaders in the run up to the general elections, multiple media reports have said. 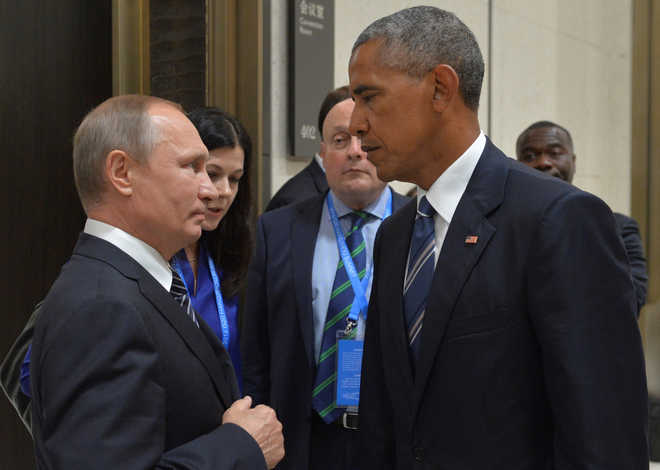 The outgoing Obama administration is planning a series of fresh sanctions against Russia for its alleged role in cyber hacking into servers and emails of American political parties and leaders in the run up to the general elections, multiple media reports have said.

Quoting unnamed senior administration officials, CBS News and CNN said the new set of sanctions is likely to target the Russian intelligence agency and its official.

US officials believe that the spy agency operated with the blessing of the Russian President Vladimir Putin.

The sanctions could be announced as early as Thursday, CNN reported.

Obama has already announced investigations into the alleged Russian hacking. The report is expected early January.

US president-elect Donald Trump told reporters that the administration "should do the best they can, figure it all out."

CBS News said the White House is seeking measures the incoming administration can't reverse. Trump has so far refused to acknowledge Russia's role in the cyberattacks.

Administration officials would also like to make it difficult for President-elect Donald Trump to roll back any action they take.

"Part of the goal here is to make sure that we have as much of the record public or communicated to Congress in a form that would be difficult to simply walk back," one senior administration official told The Washington Post.

Reacting to media reports, Russia has said such a move by the US would be considered as provocative and warned of retaliation.

The sanctions is likely to name individuals associated with the hacking and having close contacts with the government.

"If Washington really does take new hostile steps, they will be answered...any action against Russian diplomatic missions in the US will immediately bounce back on US diplomats in Russia," a spokesperson of the Russian Foreign Ministry said.

According to CNN, the US actions are expected to include expanded sanctions and diplomatic measures.

In October, the United States formally blamed Russia for political hacking attacks, saying they were intended to interfere with American elections. Kremlin spokesman Dmitry Peskov told Interfax that the accusations are "nonsense."

Earlier this month, CIA officials told US media they had "high confidence" that Russian hackers had attempted to sway the US election in Trump's favour.

The Trump team responded to those reports by saying "these are the same people that said Saddam Hussein had weapons of mass destruction". —PTI