Pompeo arrived in Israel after he and US Vice President Mike Pence negotiated a deal that will see Turkey suspend its Syria offensive, but which drew criticism over what many saw as an abandonment of Washington’s Kurdish allies.

Washington’s top diplomat and the veteran prime minister began the meeting on Friday morning at Netanyahu’s official residence in Jerusalem.

Israelis have been watching Trump’s decisions on Syria closely, concerned that their country too could be abandoned by its most important ally.

Beyond that, Israel has longstanding concerns over whether arch-enemy Iran will move to fill any vacuum in neighbouring Syria, where Tehran has been supporting President Bashar al-Assad in an eight-year-old civil war.

Netanyahu has also had tense relations with Turkish President Recep Tayyip Erdogan, a vocal supporter of the Palestinian cause.

After the temporary ceasefire was announced, Trump heaped praise on Erdogan, calling him “a hell of a leader.”

Netanyahu has been careful not to be seen as criticising Trump, who has been a key supporter, but last week issued a statement saying Israel strongly condemned Turkey’s “invasion of the Kurdish areas in Syria”.

It also warned “against the ethnic cleansing of the Kurds by Turkey and its proxies.”

Trump triggered the week-long Turkish offensive against the Kurds by withdrawing US troops from northeastern Syria.

He has shifted US policy overwhelmingly in favour of Israel since taking office, including by declaring the disputed city of Jerusalem Israel’s capital, but his recent moves related to Syria have led to concern.

The prime minister has so far been unable to form a unity government with his main opponent, ex-military chief Benny Gantz, and could also be indicted for corruption in the weeks ahead. —AFP 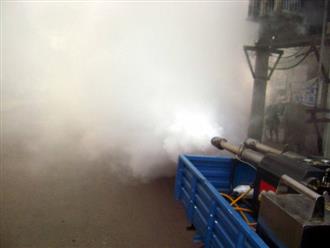