Madrid: Spain will on Thursday remove dictator Francisco Franco’s remains from the state mausoleum in which he was buried in 1975, the government said on Monday. 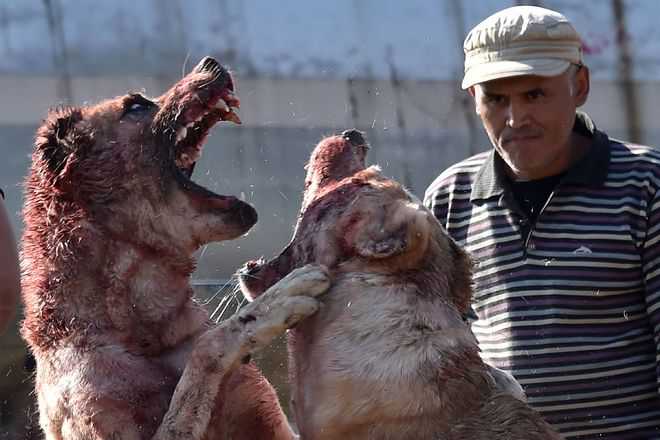 Ferocity for title: Central Asian shepherd dogs during a fight at a 'champion breed' event in the Kyrgyztan capital Bishkek. The event witnessed 25 participants. AFP

Madrid: Spain will on Thursday remove dictator Francisco Franco’s remains from the state mausoleum in which he was buried in 1975, the government said on Monday. The ruling Socialists have long sought to exhume his remains and turn the Valley of the Fallen complex near the capital Madrid into a memorial to 5,00,000 people killed during the 1936-39 civil war. Reuters

London: WkiLeaks founder Julian Assange appeared in a Westminster Magistrates’ Court for a hearing on Monday to fight extradition to the United States on charges of conspiring to hack into a Pentagon computer. His legal team said it needed time to prepare its case. He was clean shaven and wearing a blue sweater and sports jacket.  Former Home Secretary Sajid Javid signed an order in June allowing Assange to be extradited. AP