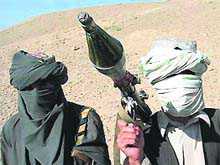 Jamshid Shahabi, the provincial governor’s spokesman, says the fate of a dozen other soldiers is unknown.

Jamshid Shahabi, the provincial governor’s spokesman, says the fate of a dozen other soldiers is unknown.

He says the fighting erupted on Saturday in Bala Murghab district. The military carried out several airstrikes and dispatched reinforcement. Shahabi says 42 insurgents were killed and 15 troops were wounded in the fighting.

However, Mohammad Naser Nazari, a member of the provincial council, gave a higher casualty toll, saying 20 soldiers were killed and 20 others remain missing.

The officials say the fighting has subsided with only sporadic clashes on Tuesday in remote areas of the province. The Taliban have claimed responsibility for the attack. AP

Air travellers will have to submit their 14-day travel histo...

It decided to hold an emergency meeting at Singhu on Decembe...