US draws line for China on next Dalai Lama

WASHINGTON:As Tibetans start grappling with the once unthinkable prospect of the octogenarian Dalai Lama’s passing, the US is looking to lay down a red line against China handpicking his successor. 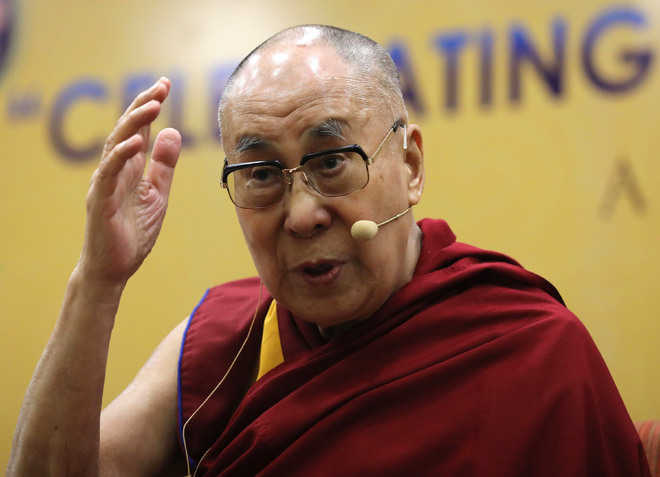 As Tibetans start grappling with the once unthinkable prospect of the octogenarian Dalai Lama’s passing, the US is looking to lay down a red line against China handpicking his successor.

Through a warning from a senior official and legislation under consideration in Congress, the US is hoping to make clear in advance that Beijing would face international opprobrium if it tries to take over the reincarnation process. At 84, the 14th Dalai Lama has slowed his once incessant travel down a notch and earlier this year was hospitalised for a chest infection, although there is no indication he faces serious health issues.

Nonetheless, both Tibetan activists and Beijing are keenly aware that his death will mark a major setback in his push for more autonomy for the Himalayan region, depriving the cause of a Nobel Prize winner whose moral teachings and idiosyncratic humor have made him one of the world’s most popular religious leaders.  China has not held talks with the Dalai Lama’s representatives for nine years and has increasingly hinted it may identify his successor — who, Beijing would presume, would back its iron-fisted rule of Tibet.

Testifying before Congress on Wednesday, David Stilwell, the top State Department official for East Asia, vowed that the US would keep pressing for “meaningful autonomy” for Tibetans. “Disturbingly — and ironically — the party continues to assert its role in the Dalai Lama’s reincarnation process, even as President Xi has urged party members to remain ‘unyielding Marxist atheists’,” he said. “We believe that Tibetans, like all faith communities, must be able to practice their faith freely and select their leaders without interference.”

Tibetan monks traditionally choose the Dalai Lama through a ritualistic search that can take years, with a wandering party seeking telltale signs that a young boy is the reincarnation of the last spiritual leader.  The 14th Dalai Lama, who has lived in exile in India since fleeing an aborted uprising in 1959, has mused of a non-traditional succession that would throw off China. He has said he could choose a successor while he is still alive — possibly a girl — or even decide that he was the final Dalai Lama.

Lobsang Sangay, who was elected Tibetan PM-in-exile after the Dalai Lama ceded his political role, said Beijing’s goal was to “make Tibet into a Chinese territory and make Tibetans into Chinese”.  — AFP