NEW DELHI:Even as the Indian Army released pictures of massive footprints in the snow, claiming that its mountaineering expedition team could have encountered the Yeti, the mythical and mysterious snowman, leading experts have questioned the claim. 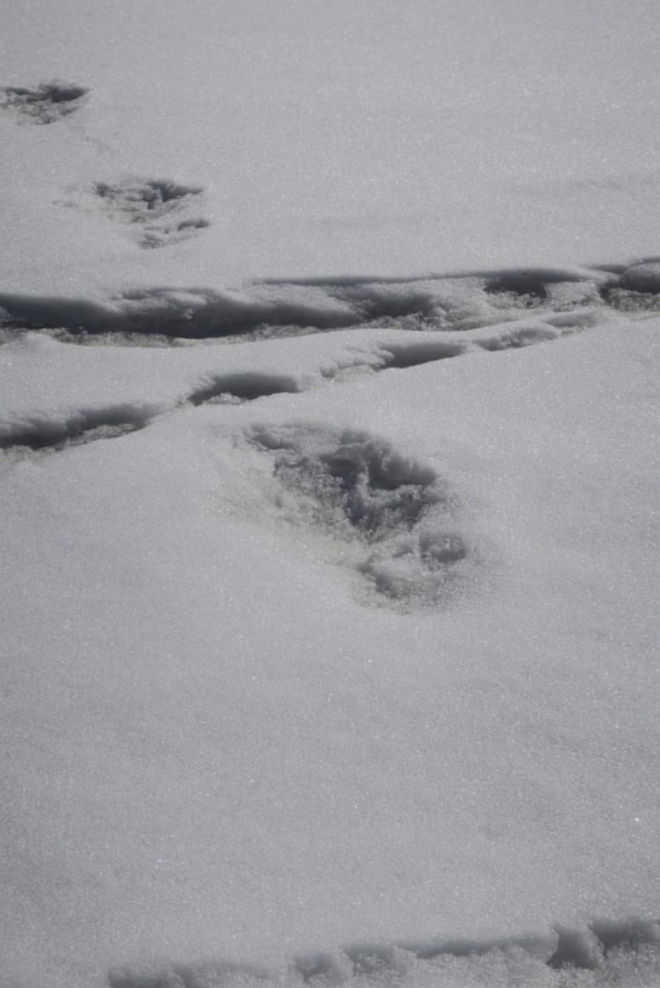 A handout by the Army shows large footprints in the snow.

Even as the Indian Army released pictures of massive footprints in the snow, claiming that its mountaineering expedition team could have encountered the Yeti, the mythical and mysterious snowman, leading experts have questioned the claim.

Social media has been abuzz since last night when the Army tweeted about the event. A person even compared the sighting to comic book character ‘Tintin’. In ‘Tintin in Tibet’ (1960), Tintin encounters the snowman.

The Army twitter handle @adgpi said, “Mountaineering expedition team has sighted mysterious footprints of mythical beast ‘Yeti’.” The Yeti is also known as the Big Foot and the Abominable Snowman. The Army said footprints measuring 32x15 inches were found close to Makalu base camp on April 9. Makalu is in eastern Nepal.

Dr SP Singh, who has had a long career in studying the Himalayas, says, “There is no scientific basis to name any species as Yeti.

As far as the present knowledge goes, there is no such species. Mind it, we even record extinct species like dinosaurs and woolly mammoths.” This morning, Army sources said the “Yeti sighting” tweet is based on physical proof of on-the-spot narration, photos and videos. The tweet was aimed to excite scientific temper and rekindle the interest in the Yeti.

The evidence was shared with experts. The Army added that it held on to the photographic evidence for 10 days before handing it over to the experts. Makalu is the fifth highest mountain (8,481m), but the trek to its base camp is less-frequented due to its inaccessibility.

The ICIMOD is a regional knowledge development and learning centre serving eight regional member countries of the Hindu Kush Himalaya — Afghanistan, Bangladesh, Bhutan, China, India, Myanmar, Nepal and Pakistan —– and is based in Kathmandu.