20 years of Shauna Singh Baldwin’s What the Body Remembers : The Tribune India

20 years of Shauna Singh Baldwin’s What the Body Remembers 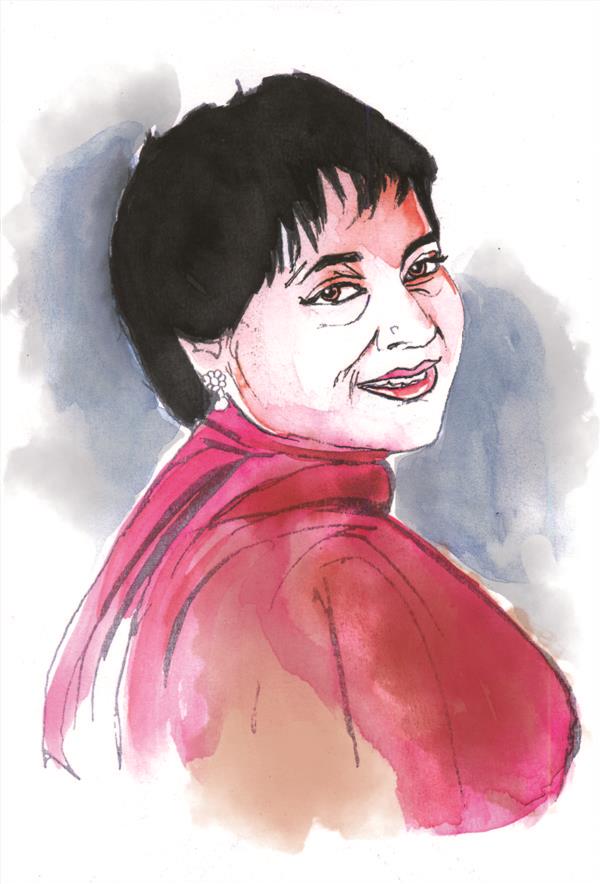 It is two decades since Shauna Singh Baldwin’s debut novel, What the Body Remembers, was published and immediately placed her in the literary limelight. This had followed two of her earlier books, A Foreign Visitor’s Survival Guide to America (1992) and English Lessons and Other Stories (1996).

What the Body Remembers is a powerful story that can place itself in the tradition of grand story-telling.The theme is bold, the sweep of the compass is wide and it is filled with vividly drawn characters, including carefully crafted cameos. The delicacy of prose belies the robustness of narrative. The story opens in pre-Partition India — in an area now in Pakistan. From pages where one can almost smell the smoke of the chulhas and watch wheat being winnowed, this is the story of the two wives of Sardarji. When his first wife, Satya, is unable to give him a child, the wealthy landowner remarries. His second wife is the young Roop, whose mother is dead and the father is deep in debt. The teenaged Roop hopes that she would be like a younger sister to the first wife, who, in turn, has been hit hard by being upstaged; even her jewellery has been handed over to the younger girl.

Their husband, the England-returned engineer Sardarji, finds purpose and meaning in his work and in the complexity of numbers, figures and drawings. Almost similarly, Baldwin structures the book on three broad frames — Partition, patriarchy and, for want of a more appropriate word, feminism. The foreground is taken by the almost lyrically told story of Sardarji and his two wives. Gradually, the trauma and blood-soaked events of Partition advance and start piercing the primary narrative.

What the Body Remembers went on to win the Commonwealth Writers’ Prize (Canadian/Caribbean region). Published in 2004, her next novel, The Tiger Claw, based on the life of Noor Inayat Khan, who worked against the Nazi occupation of France, was a finalist for the Giller Prize. These were followed by a collection of stories, We Are Not in Pakistan (2007), another novel, The Selector of Souls (2012), and Reluctant Rebellions: New and Selected Non-Fiction (2016). In between, she wrote a play, We are so Different Now, which was staged in Toronto by the Sawitri Theatre Group in 2016. She was honoured by the South Asian Literary Association in 2019 with their Distinguished Achievement Award.

Shauna Singh Baldwin’s parents had moved to Canada in 1962, a few months before she was born, and Sukhcharan Singh Pasrich, her father, who passed away recently, was one of the two turbaned Sikhs in Montreal at the time. Unusually, her parents decided to move back to India and she studied and grew up in Delhi. She moved on to gather an MBA from Marquette University and an MFA from the University of British Columbia. She and her late husband, David Baldwin, ran the Safe House, an espionage-themed restaurant in Milwaukee, Wisconsin, USA, where customers could only enter if they knew the password.

Twenty years ago, it was What the Body Remembers that established Baldwin as a writer of reckoning. This book, to use the author’s words, looked at power relationships and the thrust and parry between coloniser and colonised. There is that moment when the highly-educated and capable Sardarji has to deal with racist slurs and is advised to let it go, ‘after all, that is not the done thing’. This trickles down to the timeless theme — colonisation of women by men. Here lie the pressures of history, religion and the economics of colonialism on men and women. At the same time, there is the personal dynamic — ‘what it must be like to live in a polygamous relationship’? What, if any, is the difference between a woman’s choice and her consent? What does it feel like to give up your children? What did it feel like to be among the 17 million people displaced by Partition? How could it have happened? How do you deal with the loss of your loved ones and your home?

The core of What the Body Remembers comes from what Shauna’s grandmother recounted of her own life and this re-launch as a special Twentieth Anniversary Edition is dedicated to her. As the author says, “After all these years, I thought my grandmother deserved the book inspired by her life be dedicated to her.” The book, however, matches the original in all respects, except the jacket and cover design.

For the present review, Baldwin noted, “What the Body Remembers was the first work of fiction to show the Partition from a woman’s point of view, to discuss polygamy and its effect on women’s relationships, to depict male entitlement, and discuss the use of rape as a weapon. It shows the impact of Partition on non-Hindus and non-Muslims, and the acts of kindness that enabled survival in that terrible time.”