Ebrahim Alkazi: End of an era 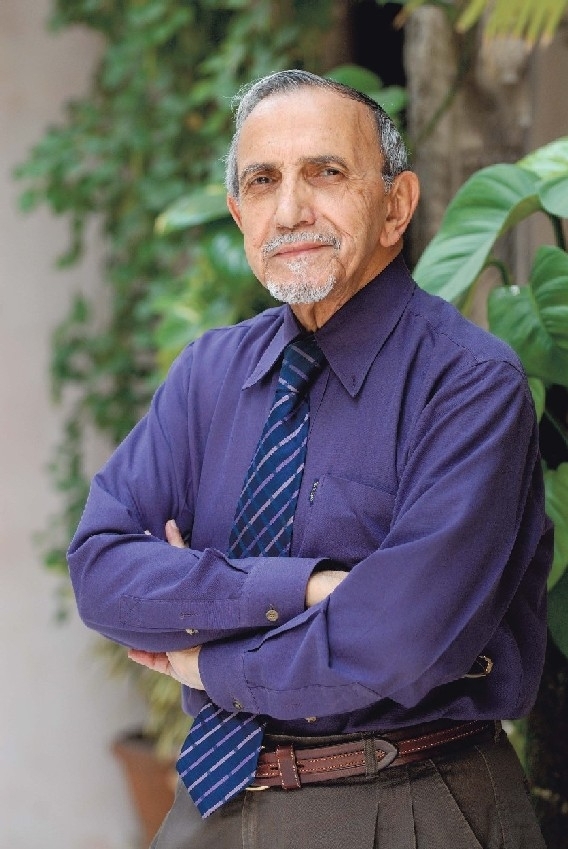 The world of art suffered a huge loss as theatre doyen Ebrahim Alkazi breathed his last on Tuesday. Credited to have ‘founded’ Indian theatre, he served as director National School of Drama from 1962 to1977. An art connoisseur, he gave brilliant actors to cinema, including Naseeruddin Shah, Om Puri and Pankaj Kapur. Honoured with Padma Vibhushan, Alkazi was also a recipient of Sangeet Natak Akademi Fellowship.

“Quite honestly, he gave me the basic introduction to theatre, art and culture. I know every student says that, but I am 100 per cent sure that I was a special student. I don’t say it just for saying, but what all I am today it’s all due to him. And he lives in me. Whatever I do, I do it with discipline, precision and great honesty that he taught me. An era ends with him. I felt no hesitation sharing my innermost thoughts with him. He was the kind of teacher who could see your inner spark — Tripurari would make an excellent writer-director, Pankaj Kapur a dynamic actor – he could see and start shaping from day one. And while Delhi would sure miss him, and National School of Drama, so would the world. He travelled around the world sharing his remarkable gift of art. As amazing a theatre doyen, he was as great in personal demeanour. His aura, the perfume he wore, one could place from far that he was coming. His sense of humour and how polished he was, his artistic hands… it’s like I can see those hands still guiding me.”

He was a teacher with the Midas touch. He taught us by doing it with us. Right from carpentry to painting to drama from different countries, he would stage Oedipus Rex to teach Greek theatre, Danton’s Death to teach French revolution… teachers like him are rare. And he would know his students. He knew western theatre impressed me, he drew a list for me and kept stock of how I was progressing. He focussed on polishing acting skills of Raj Babbar. He was a star who shone the brightest. I do not lament his passing away, for he lives in his legacy.”

“The greatest quality of Alkazi saheb as a teacher was that he was a strict disciplinarian. He deemed one could not become a good actor or director if one was not fit or did not observe cleanliness. He used to be the first to come to NSD at 7:30 am, and in class would check if his students’ nails were cut! He had a punishment schedule, so strict he was. Aesthetically, he was a very enlightened person. We went from Punjab and learnt fine English words through him. He was really fond of Pali (Harpal Tiwana) and for many years sent a cheque to our centre, till he was taken ill. He expected his students to be utmost professionals, so when we set up our centre we ensured to keep it professional as he wished.”

The true architect of the Modern Indian Theatre. The Doyen who possessed the extreme knowledge in all the aspects of art. The magician who nurtured many greats of theatre. May your brightest spark from the heaven keeps us enlightening #EbrahimAlkazi #RIP

Just got the sad news...#Ebrahim Alkazi sahab passed away...end of an era for sure...one of the pillars of modern Indian theatre....RIP sir