In pioneering architect Kuldip Singh’s death, India has lost an icon of modernism in a post-colonial world 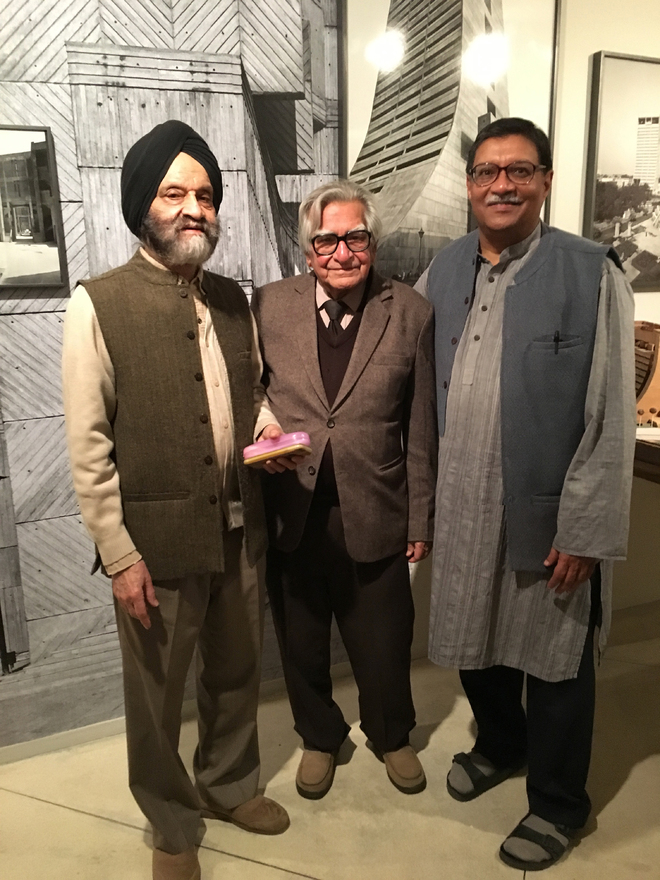 India was a free nation now and Prime Minister Jawaharlal Nehru had wanted it to break free of the fetters of the colonial past. Among the young architects translating this into reality was Kuldip Singh, a soft-spoken Sikh lad whose experiments in Brutalism, along with his contemporaries, were to change the landscape of Delhi over the next two decades. His death earlier this month has resulted in celebration of his work. He was 86.

“The British had left Delhi with an infrastructure unsuited to the state’s ambitions. Nehru wanted to create a new and prosperous country from the ashes left behind by the Raj. This required an expanded civil service and buildings to house them and facilitate their work. So, Kuldip was one amongst many, but his buildings were singularly beautiful, challenging, and inventive,” says Michael S Dodson, Professor of South Asian History at Indiana University, Bloomington, who is writing a book on modernist design in Delhi during the 1960s, ’70s and ’80s. This was an era when Kuldip, along with Raj Rewal, his partner for long, and structural engineer Mahendra Raj, were names to reckon with.

Born in Shimla and educated at the Delhi Polytechnic, the most famous of Kuldip Singh’s works are undoubtedly the New Delhi Municipal Corporation (NDMC) building at Palika Kendra and the National Cooperative Development Corporation (NCDC) building in Hauz Khas. Both beautifully exemplify Brutalism — geometric structures making use of concrete, a style fairly new to India then.

Dodson says Singh had a mastery over his materials. “He knew how to sculpt and finish concrete so that it had a real character to it, and the technical challenge of the two wings that lean together was formidable. In this respect, his relationship with the engineer Mahendra Raj was critical in building new, unprecedented structures.” The two had worked on both NDMC and NCDC.

Ram Rahman, son of architect Habib Rahman, curated ‘Delhi, Building the Modern’, an exhibition of photographs and models, at the Kiran Nadar Museum of Art in Delhi in 2017. These included Kuldip’s work as also those of master architects of the Capital. He says Kuldip Singh was one of the second generation architects — first heralded by the likes of his father and Achyut Kanvinde — who were trained in Delhi and started their practice in the 1960s. “They were very aware of the ideals of the Nehruvian period — building a new India with a forward looking scientific perspective. Their designs reflected these visionary ideals specially when budgets had increased and more material progress had been made in steel and cement manufacture. His work was very graphic and sculptural on a huge scale with his exposed concrete buildings in Delhi.”

Kuldip’s friend and Chandigarh-based architect SD Sharma says concrete provides a sculpturous form, has colour of the sky and doesn’t grow old, thus being preferred by the likes of Corbusier. Dodson says concrete was also the material of choice for this period as it was relatively cheap and relied on human labour, which was also plentiful. Even if the budgets had risen in comparison to the first decade since Independence, he says there were constraints, and that required them to be creative. “Architecturally speaking, Delhi's modernist architecture is some of the very finest in the world from this period,” he adds.

Former principal of Chandigarh College of Architecture, Rajnish Wattas says Singh’s buildings were very Corbusian in expression and form. Agrees Dodson, who sees Le Corbusier’s presence in India as just a starting point for post-colonial Indian architecture. “Architects such as Singh and Rewal took those basics of form and material used in Chandigarh and made them truly Indian.”