A retrospective of the artist, who is often known as the last great abstractionist of India, soon goes online 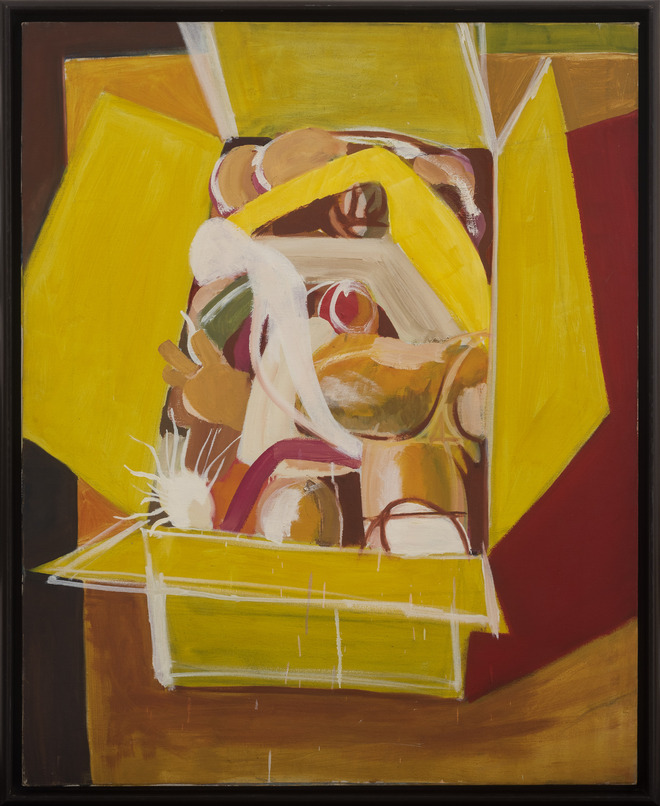 In continuum: A Gobhai work.

Early in March, when the coronavirus crisis (or its realisation) hadn’t hit India yet, a wonderful new exhibition was opened to Mumbai’s art enthusiasts at the National Gallery of Modern Art. Don’t Ask Me About Colour, a retrospective of Mehlli Gobhai which. Curated by renowned cultural theorists Ranjit Hoskote and Nancy Adajania, it brought together nearly 70 years of the master’s works. 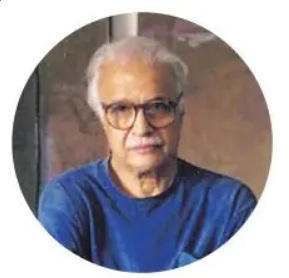 To the uninitiated, Mehlli Gobhai is synonymous with abstract art in India and is considered among its greatest practitioners in the 20th century. The artist passed away in September 2018 at the age of 87, but has left behind a legacy of art and many admirers. Having lived in Mumbai, London and New York, Gobhai’s body of work had an unmistakably Western flavour.

But Gobhai was also uniquely, stubbornly himself, and to define him in any definitive terms would be to do him disservice. Where Hoskote describes him as ‘eccentric’, Adajania describes his quaint ambivalence towards colour. “He both pushed it away, and was pulled towards it,” she says. In fact, they were inspired to name this exhibition Don’t Ask Me About Colour or Mujhse Rang Ki Baat Naa Karo by this quirk. Though the show is closed for now, the two are now working with Chemould Prescott Road art gallery to set up a virtual walkthrough at National Gallery of Modern Art, Mumbai.

Adajania says what brought her and Hoskote together on this project was the fact that Gobhai was a close friend of long standing. “Ranjit and I were teenagers when we first met him, and our friendship continued over 30 years, until his passing in 2018. The conversations, collaborations, journeys, and winter vacations that we shared with him are an important part of our lives. And each of us had a different approach to Gobhai’s work,” says Adajania.

In Don’t Ask Me About Colour, the two have merged their different approaches to Gobhai’s art. She says that while Ranjit’s concern was to contextualise him in terms of global abstraction, her concern was to situate his practice in terms of all that remained invisible to viewers of his paintings — his expansive sense of culture at large, his deep interest in sculpture, textiles and folk art.

Hoskote describes Gobhai as eccentric and insists that he regards eccentricity as a positive attribute. “...a virtue, a necessity for the creative imagination. Eccentricity connotes the courage to stand apart from the established centre of gravity in a society or culture. Unlike many Indian abstractionists, who hide behind a quasi-mystical rhetoric of silence and non-representation, he engaged in a full-bodied manner with ideas, language, and materiality.”

He says Gobhai had a passionate concern for civil rights and cultural freedoms, and would depart from abstraction to design posters for NGOs and civil society platforms. “As a person, he mapped his own journey, releasing himself towards the vulnerable, the disenfranchised, other species. He once nursed a wounded crow to health in his home, hosting the bird for over a year. If Gobhai was eccentric, it was in the way St Francis of Assisi was eccentric,” he adds.

Hoskote says this exhibition is a homage to an abstractionist who did not turn his back on the figure. “It is a retrospective survey as well as a research exhibition. We would like our viewers — both first-time viewers of Gobhai and those who know Gobhai from his later, more brooding and darker work — to be amazed by his paintings from the 1970s.”

The works demonstrate his brilliance as a master of colour, the very element in the painterly repertoire that he later came to regard with scepticism and restraint. They show him confidently engaging with the palette of Rajput and Pahari painting, with the abstraction of Willem De Kooning and Philip Guston, and making his own way in a robust, remarkably vibrant manner, he says.

Gobhai has, sometimes, been called ‘the last great abstractionist of India’. We wonder if there are any contemporary Indian artists to look out for... For Adajania, Gobhai was inimitable. “There was no school of Gobhai. His practice was at a tangent to the dominant languages of abstraction prevalent in the Indian context, namely lyrical, landscape and symbolic abstraction.”

She says that if one were to look for affinities with fellow abstractionists, she would think of Zarina Hashmi and Rajendra Dhawan, whose deft ability to conjure a melancholic atmospherics held Gobhai’s attention. “It’s apocalyptic to speak of ‘the last great abstractionist’. The language of abstraction has been constantly renewed by artists across generations, and continues to be extended: Hashmi, Shobha Broota, Manisha Parekh, Sheetal Gattani, Hemali Bhuta and Tanya Goel, among others,” she says.