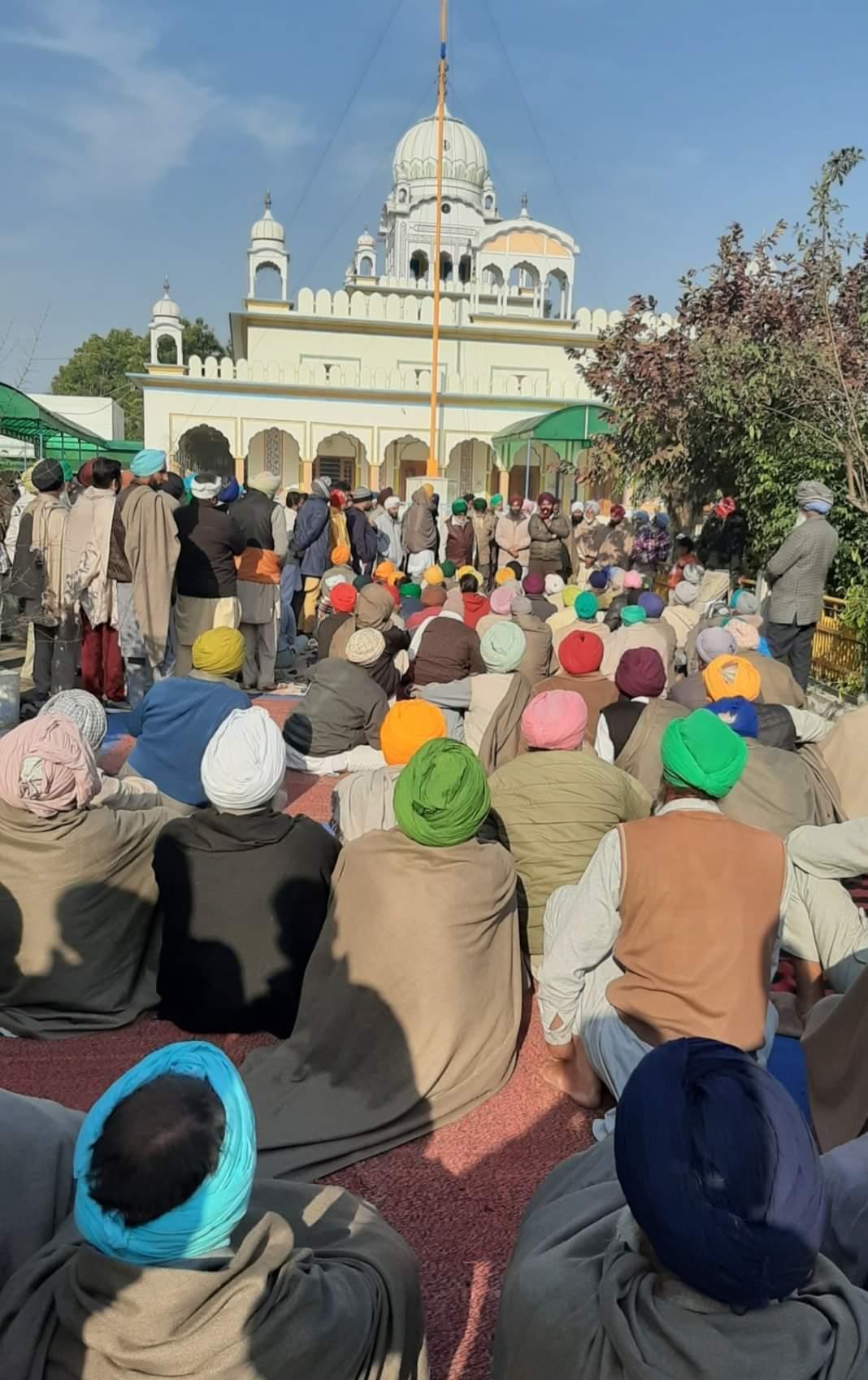 In a bid to revive protests, several meetings by panchayats were organised in villages on Saturday, to mobilise support by sending villagers to the protests at Delhi.

During the meeting, the panchayat told the youth to remain vigilant, and peaceful.

A panchayat at Kotbhaktu village has made a decision. They decided that even if one member of each household does not visit the protest site, then they would have to face a complete social boycott.

Around a dozen villages in Bathinda and Mansa unanimously passed a resolution. One family member of each family in the village would go to the protest on a rotational basis or else they would have to pay a fine. Panchayats in Phul, Phooli, Kotbhaktu, Kararwala and others passed the resolution in support of the farmers’ agitation.

Sukhwinder Kaur, sarpanch Kotbhaktu village, said: “Today we have organised a meeting of villagers at grain market. In which, a decision was taken, that one member of each house would go to protest on rotational basis, and if one does not go then he has to give a fine of Rs 300 daily, and then also after one week, he does not go, then the family would face social boycott in the village, but all the people were unanimously ready to go to the protest.”

Phooli village sarpanch, Chamkaur Dhaliwal, said: “Village panchayat today held a meeting in the village in which they had motivated the farmers and villagers to go and support the peaceful agitation at Delhi. It has been unanimously decided that everyone from each house would go to the protest and if someone can’t go, he would financially support agitation”.

On Friday, the panchayats of Virk Khurd, Nangal Kalan in Bathinda and Mansa had also passed similar resolutions.

Apart from this, BKU Ekta Ugrahan leader Ram Singh Bhaini Bagha also held meetings in the Mansa district to mobilise the villagers to move to Delhi borders for protest.