To be felicitated by PM Modi on April 21 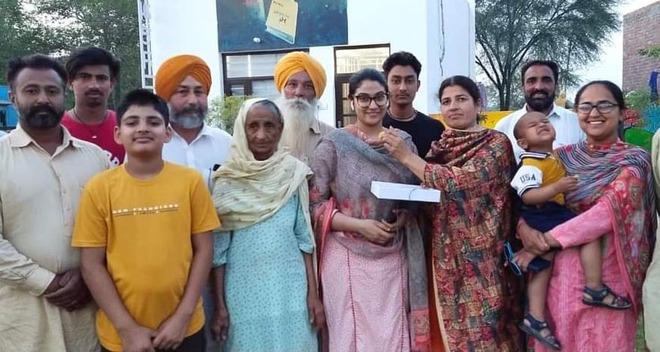 Villagers offer sweets to the sarpanch in Bathinda. Tribune photo

Sheshandeep Kaur Sidhu, a 25-year-old sarpanch of Manak Khana village in Bathinda district, has brought glory to the state with her efforts as her village gram panchayat has been selected for two national awards announced by the Union Government on Sunday.

The awards will be presented by Prime Minister Narendra Modi on the occasion of National Panchayati Raj Day on April 21 in Delhi.

The panchayat has been given the Deen Dayal Upadhyay Panchayat Empowerment Award for the all-round development of the village and work done in rainwater harvesting and arrangement for waste disposal. The village has also got the Nana Ji Deshmukh Gaurav Gram Sabha Award for regularly convening gram sabhas to discuss the developmental works.

While talking to The Tribune, Sheshandeep Kaur Sidhu, who is graduate in BSc (agriculture), said, “After becoming the sarpanch, the two major works I have undertaken in the village are making recharge pits for rainwater harvesting and creating a waste disposal mechanism. The awards have been possible due to cooperation of the villagers.”