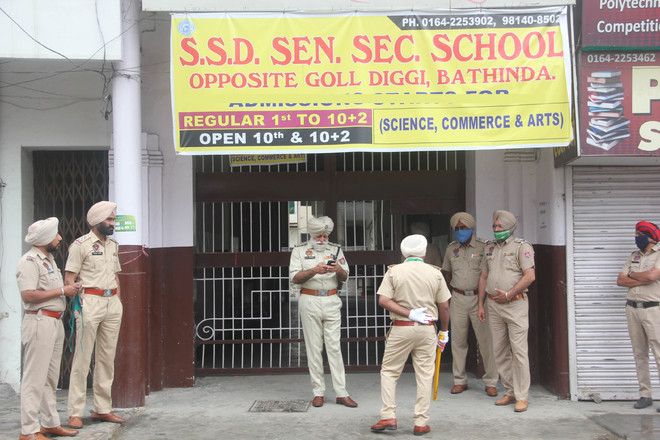 Despite the curfew imposed to contain the spread of Covid, a large number of residents in the region were found violating the restrictions. Acting tough against the violators, the police have booked them under the Disaster Management Act and the Epidemic Disease Act, along with the IPC.

Arun Kumar Mittal, IGP, Bathinda Range, said, “In all three districts, the police are keeping a close watch on violators and the situation is under control.” He said to contain the spread of the coronavirus, the police are acting tough against curfew violators. He said people with emergency condition were being allowed to visit medical stores.

The Bathinda police have also made SSD Girls’ School located near Gol Diggi in the city a makeshift open jail for the curfew violators. On Tuesday, the police arrested nine persons for roaming on roads without genuine reason.