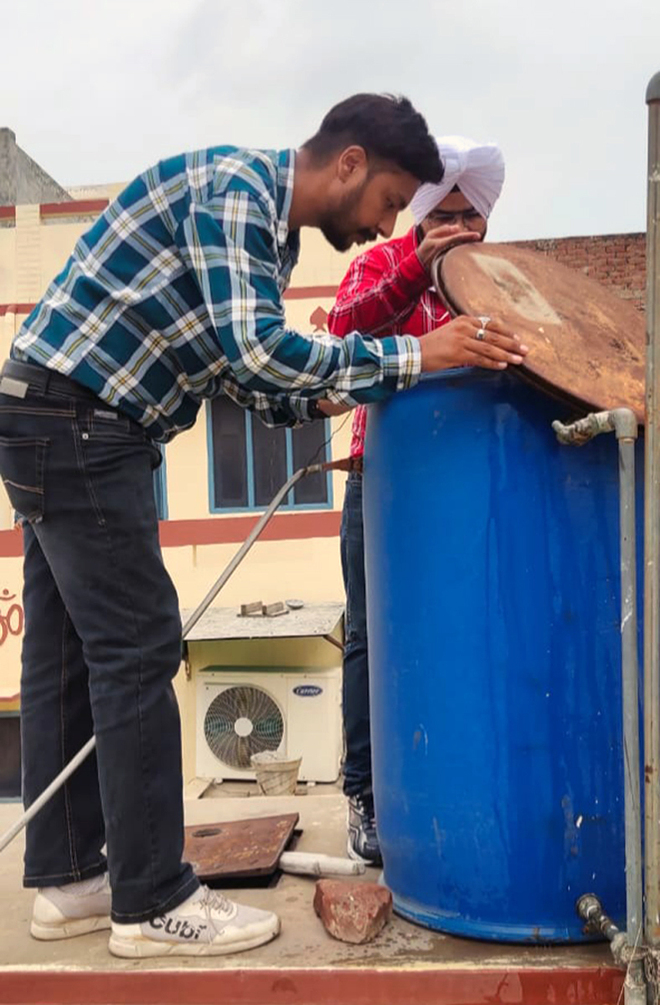 A sudden spike in dengue cases in Bathinda district has put Health Department officials on the toes.

As per records, a four-fold increase in dengue cases has been reported in the past two weeks alone in the district. From around 60 cases around two weeks ago, the cases have climbed to 253 till September 22. Deputy Commissioner B Srinivasan has also tested positive for dengue. As per department officials, of the 253 cases, only two have been reported from rural areas and the rest are from Bathinda city. After the DC tested positive, a team of health workers reached his residence to carry out sprays and put other safety measures in place.

We have increased the manpower and a number of teams are conducting field surveys. —Dr Tejwant Singh Dhillon, Civil surgeon

A report carried in this newspaper had highlighted that there was stagnant water at many residential as well as commercial areas, including in posh areas, and even outside the residences of senior administrative and police officials in the city.

Health officials claimed that apart from spreading awareness among residents, they had been undertaking all measures to prevent breeding of dengue larvae. But they also admitted that current climatic conditions around this time of every year were quite conducive to the breeding of dengue larvae. Municipal Corporation teams have also been carrying out fogging in city areas regularly.

Civil Surgeon Dr Tejwant Singh Dhillon said: "Cases have started increasing in the past 8-10 days and they do pick up around this time of the year. We have increased the manpower and also number of teams of health workers who have been carrying out field surveys intensively.”