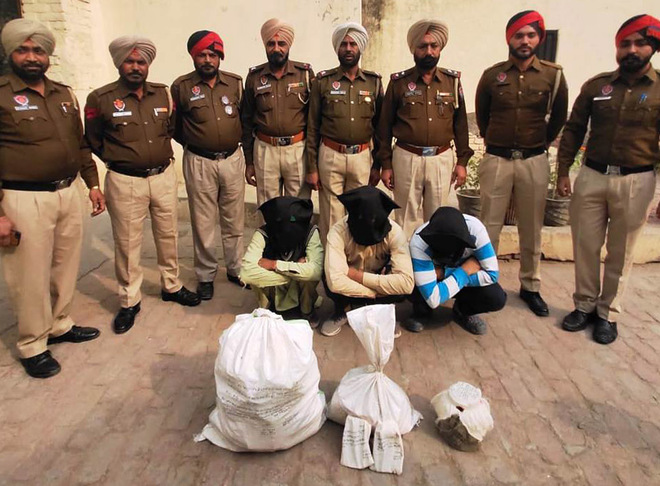 The Mansa police on Friday claimed to have arrested three accused and seized around 40,000 pills and Rs1.70 lakh drug money from them. They have been identified as Gurlal Singh (34) of Boha, Gulab Singh (30) of Malakpur Bhimra and Sunil Kumar (43) of Boha.

Mansa Senior Superintendent of Police Dr Narinder Bhargav said, on the direction of the Director General of Police and guidelines of the Additional Director General of Police, STF Punjab, a special campaign against drug smugglers and paddlers was being carried out by the Mansa police and they were keeping an eye on anti-social elements and criminals and also on those who were on parole. Special barricading and patrolling parties have been deployed to curb the drug menace.

The SSP said Mansa CIA personnel apprehended Gurlal Singh and Gulab Singh near a canal of Boha leading to village Hakamwala, along with 900 intoxicant pills, and have registered a case under the NDPS Act. During initial interrogation, the suspects disclosed that they had bought the pills from Sunil Kumar, owner of Goyal Medical Store in Boha. On their statement, Sunil Kumar has been nominated under Section 29 of the NDPS Act, said the SSP. The police have seized 40,900 pills and Rs1.7 lakh from his house. His bank accounts, too, have been freezed, he said.