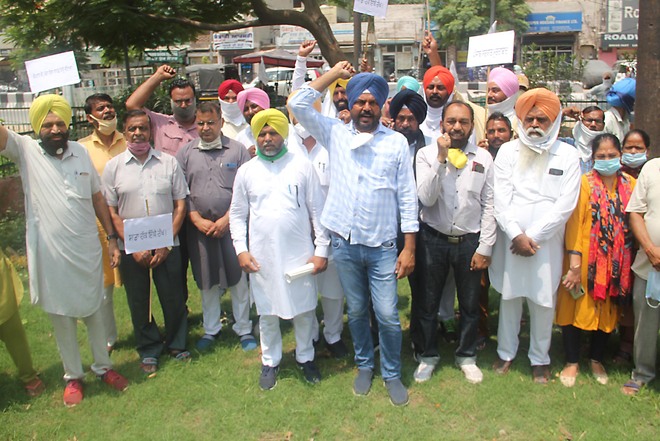 AAP leaders and workers while staging a protest in Bathinda recently.

The 2022 Assembly elections are nearly two years away, but the political scene has started heating up in the Malwa region where the SAD and AAP have intensified their campaign against the state government on several issues.

It seems that Bathinda is emerging as the state’s protest capital with a number of farmer and employee bodies and political leaders holding their protests in the district. Every day, two to three protests are taking place in the city.

Most protests revolve around demands for loan waiver, restarting of Guru Nanak Dev Thermal Plant, pending salaries, regularisation of employees and reduction of VAT on fuel.

With an eye on elections, the SAD, which did not get a single seat in the district in the 2017 polls, is boosting its cadre to retain lost ground. Similarly, AAP, which had won three seats in the district, wants to consolidate its base and increase its graph in 2022.

AAP state spokesperson Neel Garg said, “The party is in the poll mode and the high command is holding regular meetings with state president Bhagwant Mann and state incharge Jarnail Singh to plan the poll strategy. The party is standing with people on the ground and will oppose each and every wrong decision of the Centre and state.”