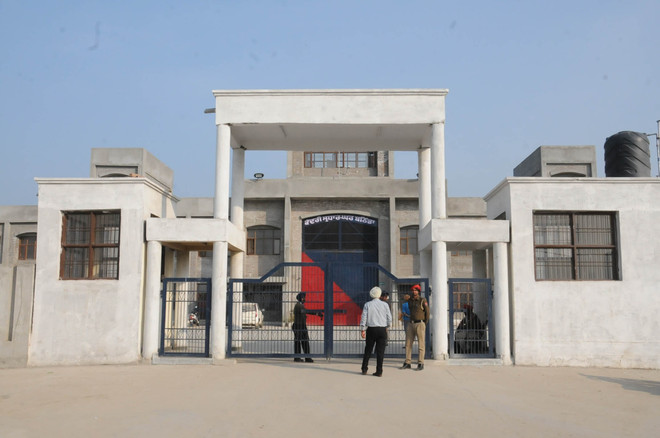 The Centre has sanctioned four companies of the CRPF for the Bathinda (pictured), Amritsar, Ludhiana and Kapurthala jails.

The Bathinda Central jail located at Gobindpura is all set to get CRPF security soon. The state government had demanded paramilitary forces in central jails after unabated incidents of nefarious activities, such as sneaking of prohibited materials like cell phones in jails, allegedly in connivance with black sheep.

It is learnt that the Union Home Ministry has sanctioned four companies of the CRPF for Bathinda, Amritsar, Ludhiana and Kapurthala jails in the state. The Amritsar Central Jail has got a CRPF company compromising of 90 jawans, while other jails will receive in coming days.

The incidents of seizure of mobile phones and drugs are going on unabated and raised a serious question on the functioning of jail authorities. Moreover, even incidents of clashes between two groups of gangsters have also been reported inside the jail. Recently, a gangster attacked jail warden and threatened him for not allowing him to go to other barrack.

In the past three years, more than 100 mobile phones with SIM cards have been seized from various barracks of the jail and cases were registered at the Nathana and Cantt police stations.

It is learnt that cell phones helped criminals threaten witnesses, besides making plans to escape from the jail. Sometimes, prisoners extort money while staying in the jail.