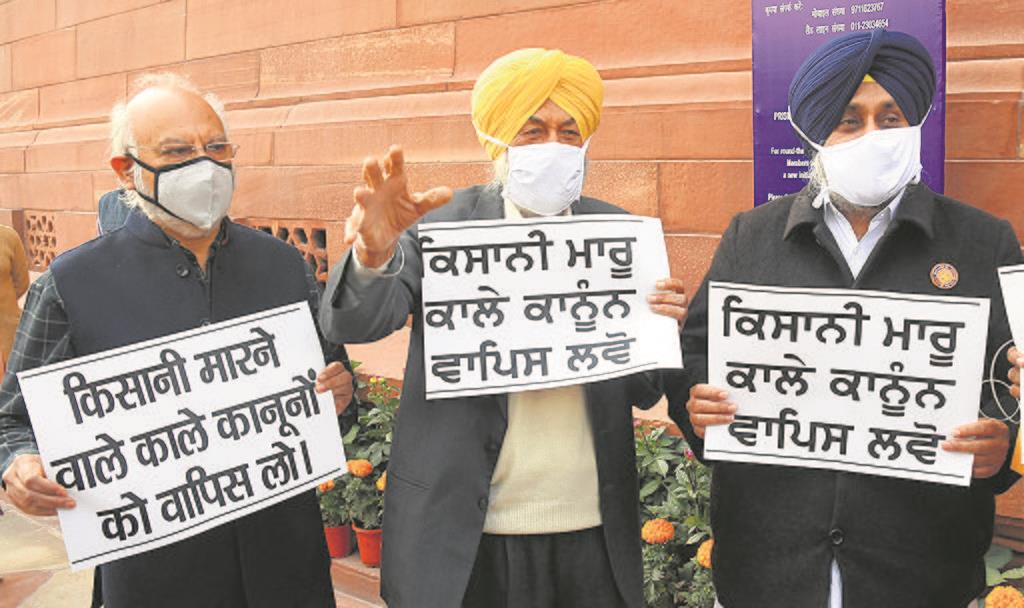 SAD MPs protest the new farm laws at Parliament House on Friday. The SAD alleged the government was trying to sabotage the peaceful agitation of farmers. Photo: Mukesh Aggarwal

Residents of several villages in Bathinda have put up boards barring entry of political leaders until the three farm laws are repealed.

The boards have been put up on the entry point of villages under the banner of a kisan union. BKU (Ekta Ugrahan) leader Jasveer Singh says: “In many villages, residents have unanimously decided to rise above party lines and ban the entry of leaders of all political parties.”

They have also decided to bar anyone indulging in election campaign from entering their village, saying political parties have done little at the ground level to safeguard the interest of farmers.

Earlier, arhtiyas in the Malwa belt had announced boycott of BJP leaders and members to protest the farm laws. They had even put up banners in several towns in protest. — TNS