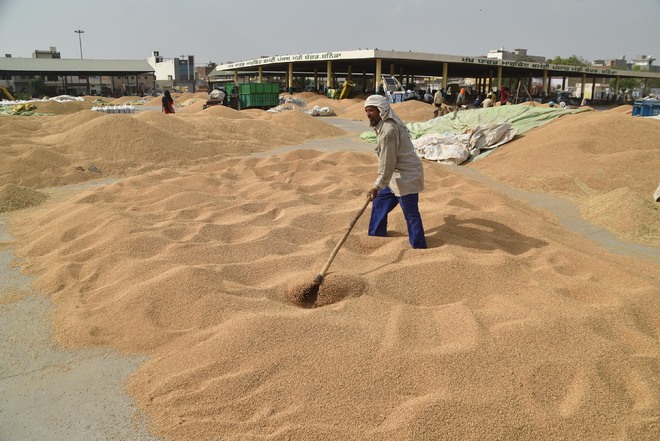 Farmers under the banner of BKU (Mansa) faction staged a protest at Goniana Kalan in Bathinda district alleging the FCI had not started wheat procurement there so far.

Union leader Jagshir Jeeda said, “This is a deliberate attempt by the central procurement agency to pester farmers who have brought their produce to the mandi. No one is available here to buy their produce. This approach of FCI won’t be tolerated and if the procurement does not start soon, we will intensify the stir.”