BKU Ekta Ugrahan district president Shingara Singh Mann said, that they condemn the Haryana government step to arrest the farmers on Monday night in a bid to stop them from going to Delhi 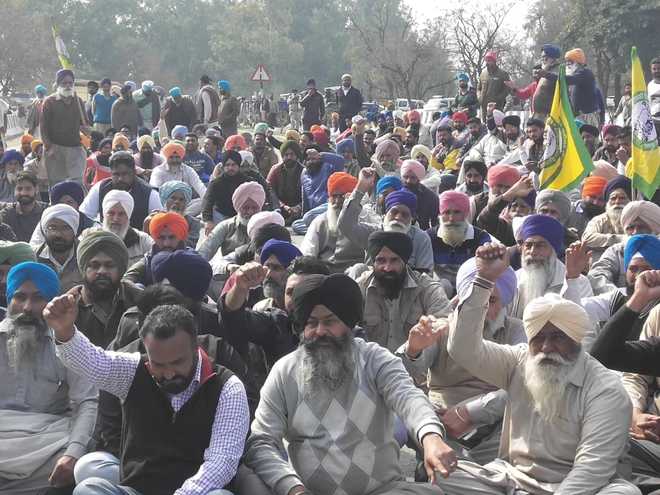 Irked over farmers being arrested in Haryana ahead of "Delhi Chalo" agitation, farmers—under the banner BKU Ekta Ugrahan—on Tuesday burnt effigies of Khattar government at various protest venues in Bathinda.

The farmers union told that they burnt the Khattar government effigies at the venues of their ongoing protests at toll plazas at Jeeda and Lehra Bega, outside Best Price at Bucho, outside Reliance Pump at Rampura, and outside BJP leader Makhan Jindal at Rampura.

BKU Ekta Ugrahan district president Shingara Singh Mann said, that they condemn the Haryana government step to arrest the farmers on Monday night in a bid to stop them from going to Delhi.

He said, that the protest against this act was staged against the Khattar government, and burnt his effigies at their ongoing protest venues in the district.

Mann said, that the farmer unions have given the call of Delhi march to mark their protest against the three controversial farm laws on November 26, but the BJP Khattar government in Haryana is arresting farmers’ leaders to weaken their movement of Delhi march.

He also said, that they would march toward Delhi from, here, as per the plan, if Haryana tried to stop them, then they would stage a protest there only.