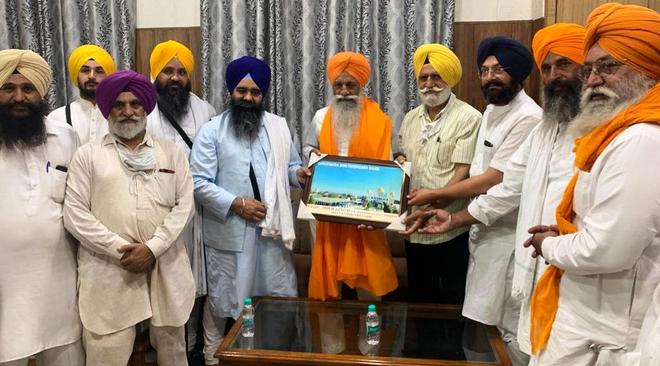 Differences among farmer unions are out in open over the Parliament march after Punjab’s largest association, the Bhartiya Kisan Union (Ekta Ugrahan) president accused some organisations of doublespeak and acting as middleman.

Addressing from the stage at the Tikri border on April 24, BKU (Ekta Ugrahan) president Joginder Singh Ugrahan said: “In a meeting of the Samyukt Kisan Morcha, few members of Lakha Sidhana, Surjeet Singh Phool and student union SFS demanded that date for the Parliament march should be given today, after which the meeting was cancelled. We took a stand that we would not hold any march. If anyone wants to deviate, they can announce their separate programme”.

Making serious allegations, Ugrahan said there were 32 farmer unions of Punjab and some of them indulge in doublespeak and act as middleman. This is unacceptable.

Some indulging in doublespeak

Some unions indulge in doublespeak and act as middleman. We will not hold any march. If anyone wants to deviate, they can announce their separate programme. — Joginder Singh Ugrahan, BKU chief

“They claim to have the support of 35 lakh youth. Khalistani money and power is supporting them. They should go to Parliament and get the farm laws repealed. If they are able to do it, we will follow them else they fall in line,” said Ugrahan.

Talking to The Tribune over phone, BKU (Sidhupur) president Jagjeet Singh Dallewal said: “Only Joginder Singh Ugrahan can answer to whom he is referring, but if you see his entire speech, it is clear it is based on his ideology, which he follows, whereas we are fighting against only farm laws.”