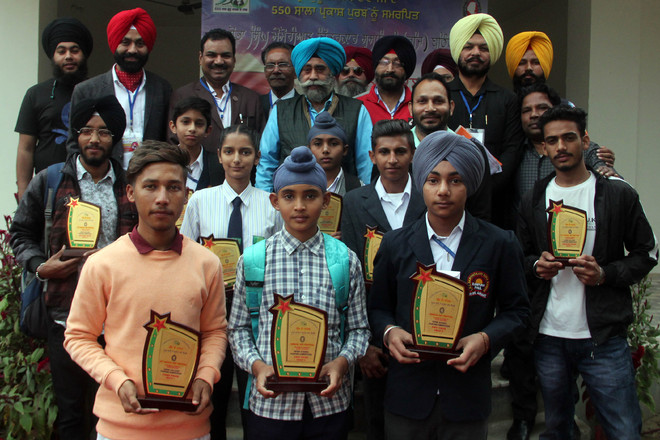 The winners of an inter-school painting competition in Bathinda on Thursday. Tribune photo

On the first day, as many as 225 students from more than 50 schools participated in a painting competition. Ravinder Mann, principal, Dasmesh School, inaugurated the competition, which was based on the life and preachings of Guru Nanak Dev. The winners of the competition were felicitated with mementoes.

Besides, a painting exhibition was also organised on the occasion.

The art festival is being organised by Sobha Singh Memorial Chitarkar Society where artists from Punjab, Haryana and other states are showcasing their paintings.

MC Commissioner Bikramjit Singh Shergill was the chief guest on Thursday. Shergill saw paintings displayed at the exhibition and lauded the artists for their work. He also appreciated members of the society for organising the event.