Harsimrat lashes out at CM over CAA 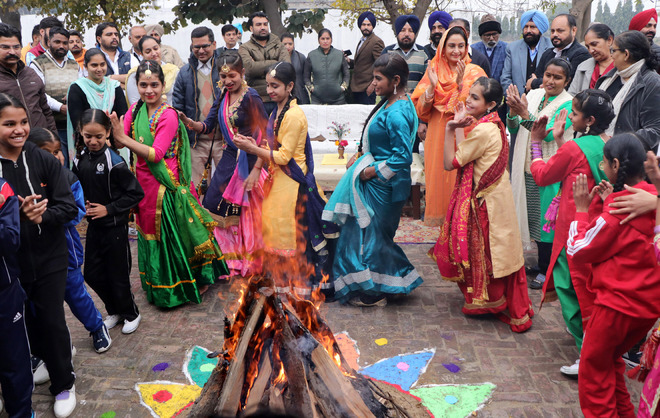 Union Minister Harsimrat Kaur Badal on Sunday lashed out at Chief Minister Capt Amarinder Singh over the issue of not implementing the Citizenship Amendment Act (CAA) in the state, stating that the law was for those Hindus and Sikhs of Pakistan, Bangladesh and Afghanistan, who had come to India to escape from atrocities there.

Harsimrat said around 70,000 Sikhs from Afghanistan were residing in India without citizenship. She asked Capt Amarinder Singh if he wanted them to return to the country. The law was not to send anyone from the country, but to give them shelter, she said.

Harsimrat Badal stated this while interacting with mediapersons at a Lohri function organinsed at Deaf and Dumb School in Bathinda.

Speaking about Sukhdev Singh Dhindsa and his son Parminder Dhindsa opening a front against the Shiromani Akali Dal (SAD) leadership, Harsimrat said: “Many people come with an agenda and go out after deriving benefits. This all is an outcome of Congress’ divide and rule policy, as a part of which they first create a B team and later, induct them into their party.

She said earlier, the Congress broke their family member Manpreet Badal from the party. Then, the party created AAP as its B team and now they are supporting Taksalis. On the Aam Aadmi Party (AAP) questioning the SAD over power agreements signed with private companies during SAD’s tenure, Harsimrat said the state government could cancel these agreements. She said if these agreements were wrong, why public did not get these hefty power bills during the SAD tenure. She alleged that Congress ministers in connivance with private power houses were filling their pockets and looting the public.

She alleged that during the three years of the Congress rule, power rates had been hiked for the 18th time. The condition is such worse than even closed houses were getting hefty power bills, she said.

Harsimrat also criticised the state government over poor fiscal condition. She said state coffers were never empty as people were paying taxes and power bills. The claim of Capt Amarinder Singh and ministers of empty coffers is wrong, she said. The truth is that the Congress government has failed to run the government, she said.