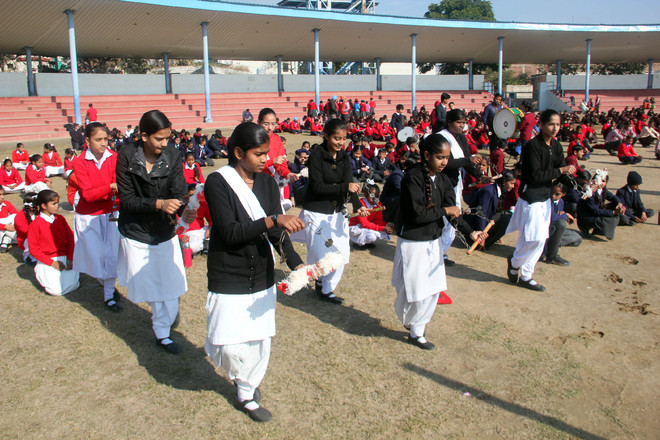 Health Minister Balbir Singh Sidhu will be the chief guest and hoist the national flag at the district-level Republic Day function. The function will be held at Multipurpose Sports Stadium here on January 26.

Around 1,800 students from different schools would participate in cultural items during the Republic Day celebrations.

A review meeting in this regard was chaired by Deputy Commissioner (DC) B Srinivasan at the District Administrative Complex meeting hall here on Tuesday.

During the meeting, the DC urged all government departments to celebrate the Republic Day with full enthusiasm and national integration. Families of freedom fighters would also be honoured on the occasion, the DC added.

The DC directed officials to perform their duties with utmost devotion. Municipal Corporation officials were instructed to ensure cleanliness of the entire city. He directed the police department to ensure the smooth flow of traffic and control traffic and oversee parking arrangements during the function. He told the Deputy Director, Sainik Welfare Board, to tie up with the Army and arrange for the Army Band for the function.

The DC appealed to all residents of the district to attend the function along with their families. The full dress rehearsal for the event would be held on January 23 and ADC (General) Sukhpreet S ingh Sidhu would be the overall in-charge for this function, he said.

“Both Republic Day and Independence Day are our national festivals and all residents should celebrate these with fervour, communal harmony and national integration,” the DC added.

He said students from various schools would present PT show, gymnastics, cultural performances and choreography on patriotic songs. He directed the PRTC officials and the Secretary, Regional Transport Authority, was asked to provide buses for to-and-fro travel of students from the school to the stadium for the function.