Insights into AI, its applications discussed 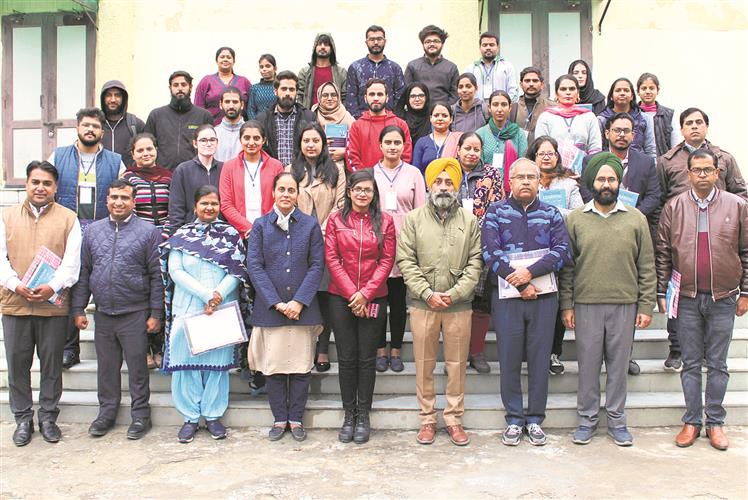 Participants pose for a picture after the end of a workshop on artificial intelligence at the Central University of Punjab in Bathinda.

The Department of Computer Science and Technology of the Central University of Punjab (CUP) organised one-week workshop on ‘Artificial Intelligence (AI) using Python’. The workshop was held under AICTE Training and Learning (ATAL) Academy programme from December 9 to 13.

The main focus of the programme is the development of quality technical education in the country. The inaugural session was presided over by Prof P Ramarao, dean (academic affairs). He shared his insights in the field of Arificial Intelligence (AI) and its practical applications. He also laid stress on the need to train students in AI, as this was one of the primary job requirement for professionals in the field of computer science and technology in present times. A total of 45 faculty members and research scholars from various institutes of the city and the region participated in the programme.

Programme Coordinator Dr Amandeep Kaur, who is also the HoD of the department, said the CUP faculty and industry experts were resource persons for the workshop. After the workshop, participants appeared in the evaluation test and top scorers were awarded with books on AI.

She said the ATAL Academy would conduct around 200 workshops in current the financial year on emerging subjects such as AI, Internet of Things, cloud computing, cyber security, virtual reality etc. She said the first workshop organised by the CUP under the ATAL Academy workshop series and the second workshop on the topic ‘Data sciences for researchers’ in the series would begin from December 16. The organisers thanked the AICTE, resource persons and participants for making the programme a success.