Long queues at cash lanes take a toll on commuters 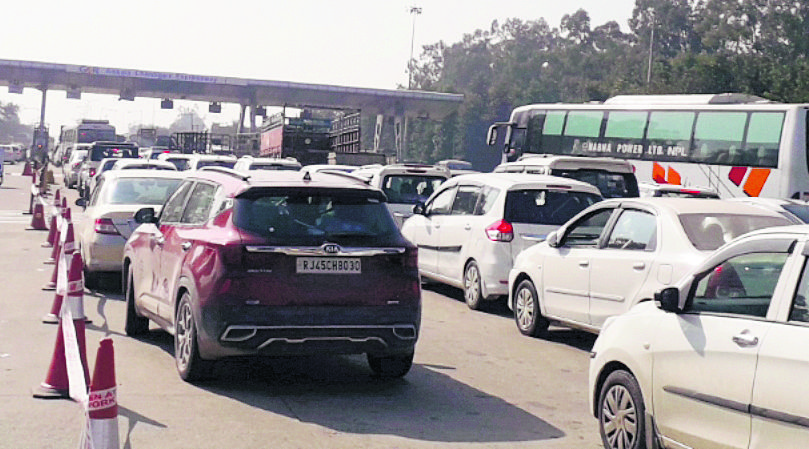 The lone cash queue at both the toll plazas in the district on Sunday witnessed huge rush as large number of vehicles are still without FASTag.

A toll plaza official at Lehra Bega toll plaza on Bathinda-Chandigarh national highway claimed that it was the fault of the commuters that they did not get the tag despite 15 days extension given by the government. They also claimed that the lone cash lane too had been allowed by the government for just a month, after which entire automated toll collection system would be through FASTag.

To create awareness among the commuters about the new rule, the toll authorities have been making regular public announcements by putting up hoardings, distributing pamphlets and each vehicle without the tag was being approached and appraised of the benefits of it.

A FASTag is a contactless payment device typically pasted on the windscreen of a vehicle. It works on radio frequency identification technology (RFID) for making toll payment directly from the prepaid account linked to it. The RFID technology is similar to that used in transport access-control systems, like Metro smart card.

The Union government had earlier announced the rollout of mandatory FASTag under electronic toll collection from December 1, which was later extended to December 15 amid fears of traffic chaos.