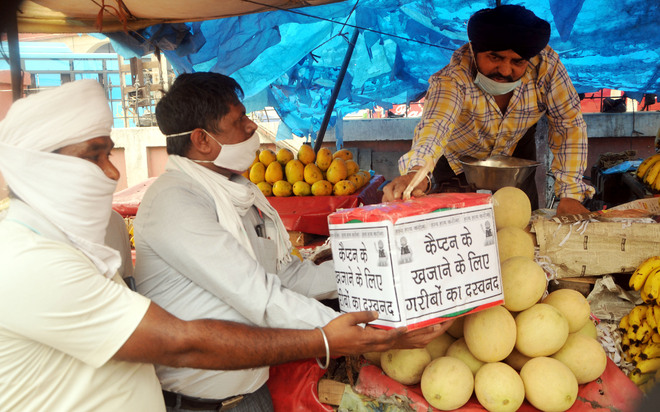 Vendors collect money from those hit by the Covid restrictions imposed by the state government in Amritsar. vishal kumar

Hoteliers are not happy with the government’s decision to ban dining facilities and allow only home deliveries.

Punjab Hotel Association president Satish Arora said the hotel industry was on the verge of bankruptcy as around one-third hotels in the country had closed and many were on the verge of closure.

He said the norms on gatherings for hotels, banquets, and open venues should be made in commensurate with the size of the venue. He also requested that except in case of a complete lockdown or in containment zones, hospitality establishments should be allowed to function by following SOPs and protocol. Arora said many owners had shut their outlets as sales dwindled, while expenses remained the same.

He said employees associated with the hospitality industry were now looking for jobs in other sectors as they did not see it as a sustainable employment opportunity following the losses in the past one year. Already reeling from the effects of the previous lockdown, the hospitality sector is staring at another crisis due to the second Covid wave.

“Either allow us to operate normally by following the SOPs or shut the industry permanently,” said Arora.