Lt Gen Mago was commissioned into the Brigade of the Guards 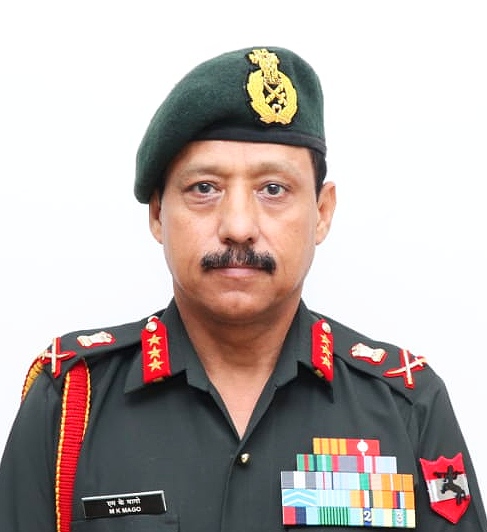 Prior to this, he was Director-General Operational Logistics and Strategic Move in the Army Headquarters.

An alumnus of Indian Military Academy, Dehradun, Lt Gen Mago was commissioned into the Brigade of the Guards.

During his 35-year career, he has served in Siachen, Kargil Sector during Op Vijay, Desert Sector during Op Parakram, tenanted seven tenures in counter-insurgency operations in Jammu and Kashmir, Nagaland, Assam, and served with the Strategic Forces Command.

Besides being an instructor at Army War College, Counter Insurgency and Jungle Warfare Institute and the Guards Regimental Centre, he has also served in United Nations Peace Keeping assignments on two occasions at Somalia and Congo.

He has been awarded the Yudh Seva Medal and Sena Medal (twice) for distinguished services.