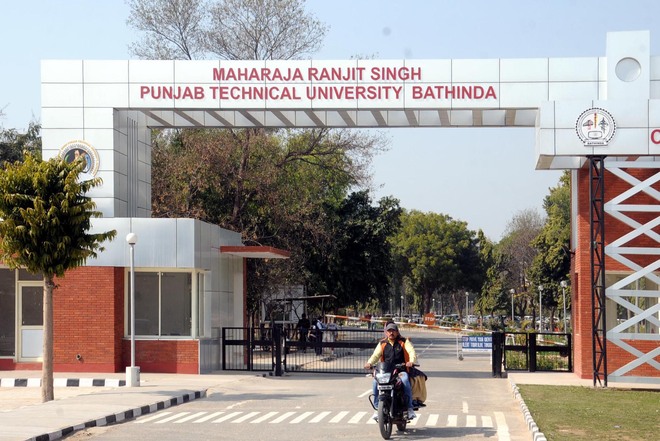 An alleged violation has come to the fore in the tendering process of general order supplies at Maharaja Ranjit Singh Punjab Technical University (MRSPTU), Bathinda.

An online tender firm —Wipro Enterprises Pvt Ltd, Chandigarh, — had offered to give 39 per cent discount, if the order would be above Rs 1 crore. However, Twenty First Century Techno Products Pvt Ltd was given orders worth Rs 2.50 crore. The orders were divided into five parts to project it as the biggest discount, said sources.

MRSPTU gave first supply order worth Rs 53.91 lakh to Twenty First Century Techno Products Pvt on November 20, 2019 and the order was supplied within 30 days. Later, Prof Mohan Paul Singh Issar, Vice-Chancellor, MRSPTU, had stated that payment of confirmed order had to be made from the university resources.

The Tribune is in possession of documents, which show that on July 24, Registrar Prof Buta Singh Sidhu had proposed to constitute a four- member committee to look into the irregularities, but the VC overruled the proposal. The VC said, “When the work has not been executed, how can there be any wrongdoing.”