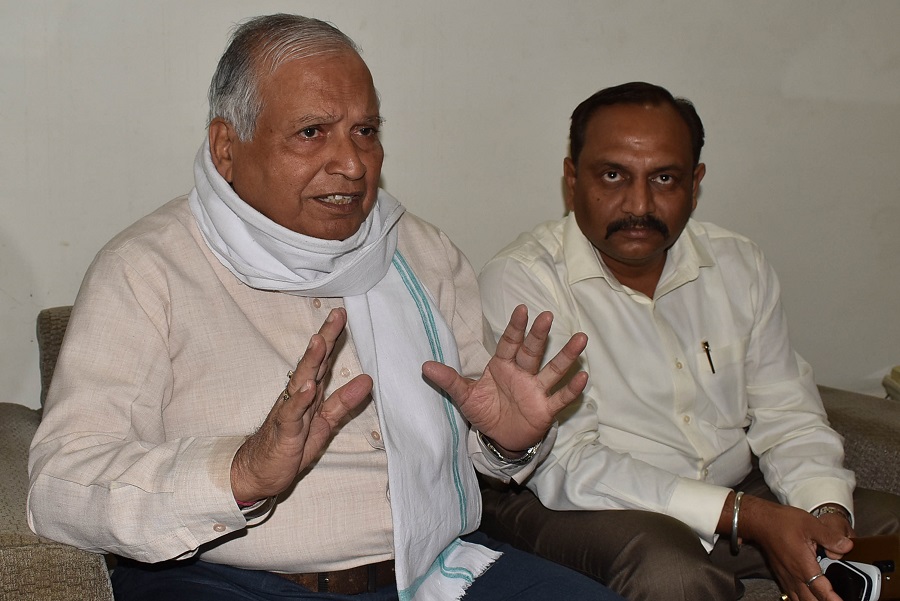 Situation became so tense that police were forced to make Mittal escape from the back door of the circuit house after barricading the front gate area to keep the protesters at bay.

Farmers under the banner of BKU Sidhupur blocked the main entrance of the circuit house and staged a protest against the BJP leader after they came to know that Mittal was in the city to meet local leaders of his party.

Addressing protesters, BKU Sidhupur leader Baldev Singh Sandoha said: “Modi-led NDA government is trying to suppress the farmers by taking away their lands. When everyone is supporting us on these issues, BJP leaders are the only ones justifying anti farmer laws”.

Mittal was in the city to hold meetings with local BJP leaders on the party’s stand on farm laws and also to discuss about the upcoming MC elections in Bathinda.

Interacting with mediapersons later, Mittal alleged that most of the people protesting against the farm laws were not farmers, but “naxals”.

BJP leader also said that the laws were for the betterment of farmers and they were being misled by political parties.

Replying to a question about the former ally SAD not being taken into confidence ahead of passing the farm Bills, Mittal said: “Both Sukhbir Badal and Harsimrat had agreed in the meeting that these Bills would benefit farmers.”

“But when farmers staged protest outside their house for more than a week, which they did not expect, then they chose to oppose these Bills,” he added.

Mittal also said that goods trains were not coming to Punjab as farmers had blocked railway tracks at many places in protest against the farm legislations. Moreover, the state government did not ensure safe passage of trains in the state, he added.

The Former minister said if farmers’ union agrees they should come to him and he can arrange their meeting with the Union Agriculture Minister, but with a condition that then they would not say that they want a meeting with Prime Minister.

Earlier, when they went to meet the Union Secretary, Department of Agricultural – a meeting about which they were intimated in advance, they tore the Bills claiming that they wanted a meeting with the Union Minister, Mittal pointed out.

He, however, said that the ongoing issue could only be resolved through talks and farmers’ unions should come forward for the talks.