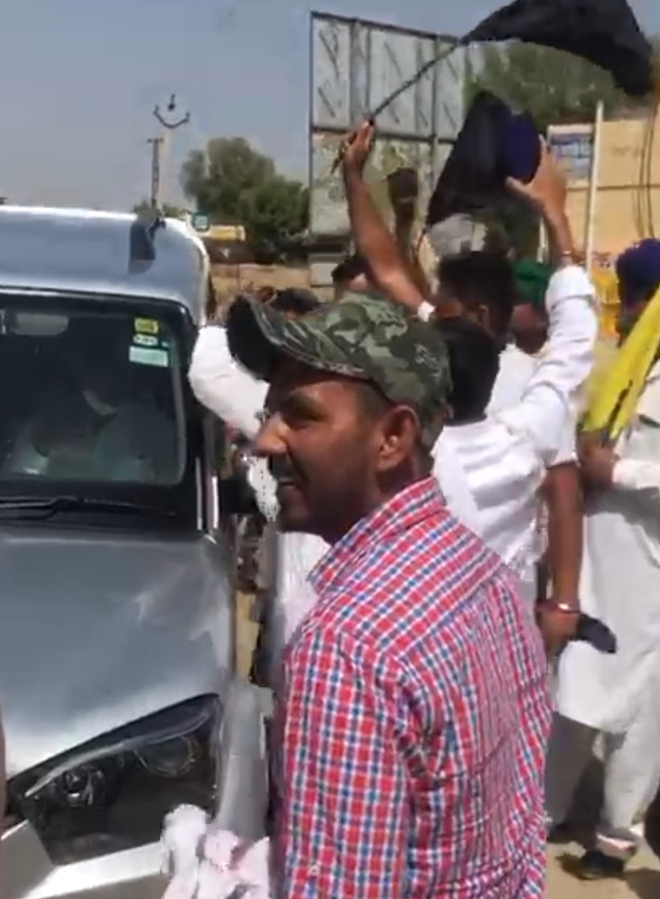 A group of farmers, who have been staging a dharna for the past few days at a toll barrier near Dabli Rathan village on the Hanumangarh-Suratgarh road, on Thursday gheraoed BJP legislator from Peelibanga Dharmendra Mochi.

As the legislator was passing through the barrier in his car, some farmers noticed him. They gheraoed the vehicle, showed black flags to the MLA and started raising slogans against the central government.

Besides, protesters slammed the Peelibanga MLA for criticising farmer leaders over the attack on Abohar BJP MLA Arun Narang at Malout without any evidence. They asked why he had not issued any statement in favour of thousands of farmers from Sriganganagar and Hanumangarh districts who had been camping at the Delhi border for more than three months against the central farm laws. They told him not to visit any village to seek votes in future.

Videos of MLA Mochi facing a protest at the toll barrier went viral on social media. In these videos, Mochi is seen with his hands folded as farmers confront him and fire volleys of questions at

him. The MLA remained silent throughout. After detaining him for 10 minutes, the agitating farmers allowed the MLA proceed to his destination.