Asks youth to unite over farm laws in 13-min clip 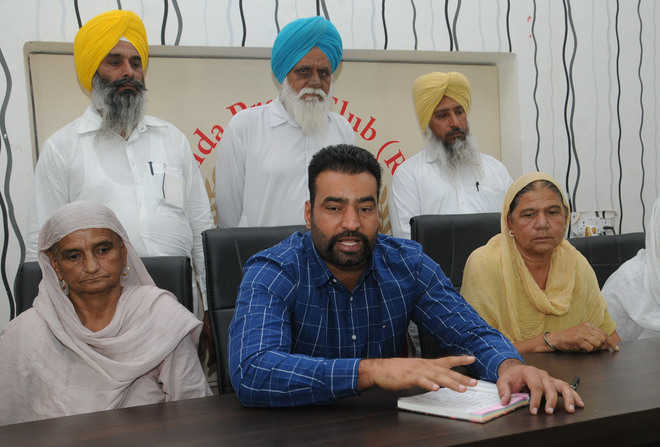 Wanted in the Red Fort violence case, gangster-turned-social activist Lakhvir Singh, alias Lakha Sidhana, on Friday night posted a video on social media in which he announced holding a rally against the farm laws at Mehraj village in Bathinda on February 23. Mehraj is Chief Minister Capt Amarinder Singh’s ancestral village.

He also urged the youth to be present at the grain market of the village to show solidarity with the protesting farmers. In the 13-minute video, he hinted that he might also attend the rally. “The government is trying to instil fear in farmers by registering false cases against them,” Sidhana says in the video.

Besides standing up for farmers’ rights, he has also asked Punjabis to promote their mother tongue throughout the world on World Punjabi Day (February 21). Sidhana has been absconding since the January 26 violence. After Deep Sidhu’s arrest, the Delhi Police announced a reward of Rs 1 lakh for information on Sidhana. Jaskaran Singh, IGP, Bathinda, said, “We have come to know that Sidhana’s supporters will hold a rally at Mehraj on February 23, but there is no further information.” — TNS