Students awarded for excelling in academics 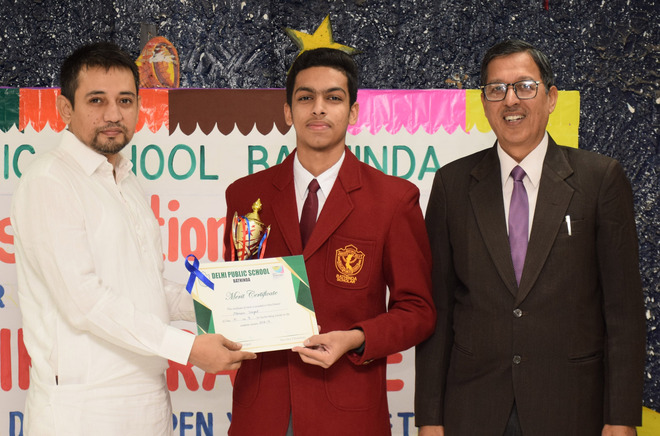 A student receives an award for academic excellence at Delhi Public School in Bathinda. Tribune photo

The annual prize distribution ceremony of Delhi Public School was organised on its school premises to award scholars. The school has been awarding students who have remained scholars for the past many years.

The schools awards blue blazers to students who have remained scholars with more than 80 per cent for three consecutive years and maroon blazers to those who have scored more than 80 per cent in aggregate for more than six years. Star scholar awards are also given to students for scoring 80 percent and above for consecutive four and five years. The most coveted of all is maroon neck tie for students who have remained scholars for seven years and trophies for eight consecutive years, which were given to Hardaman Kaur, Manan Sehgal and Mehak from Class XII.

Parents were also invited to the felicitation ceremony. Chief guests for the ceremony were Dr Vikas Rathi and Dr Shweta Grover. Dr Vikas Rathi, in his speech, insisted on balancing academic and co-curricular activities in school.

School principal Arun Jee welcomed the guests and congratulated the winners for their meticulous efforts and persistent hard work.