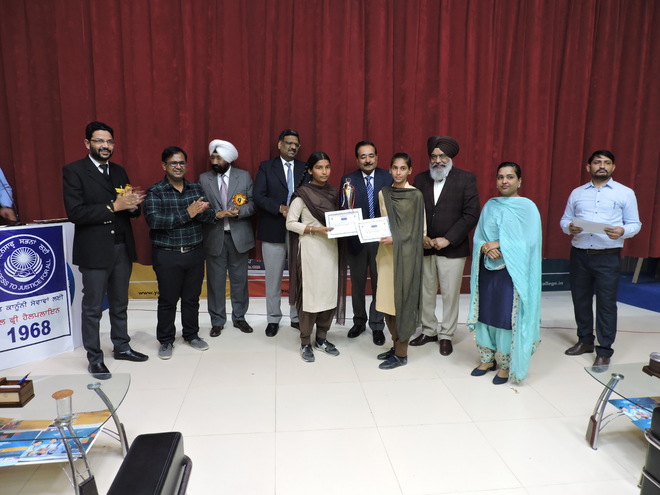 On Constitution Day, a district-level quiz contest was organised by the District Legal Services Authority (DLSA), Barnala, at YS College under the guidance of District and Sessions Judge (DSJ) Virinder Aggarwal, who is also the Chairman of the DLSA.

Students from 161 schools, including 90 government and 71 private schools, took part in the competition. Virinder Aggarwal said Constitution Day, also known as Savidhan Divas, was celebrated in India on November 26 every year to commemorate adoption of the Constitution. He said on 26 November in 1949, the Constituent Assembly of India adopted the Constitution, which came into effect on January 26 the next year.

In the quiz, questions on the Constitution were posed to students. Those who answered correctly were rewarded.