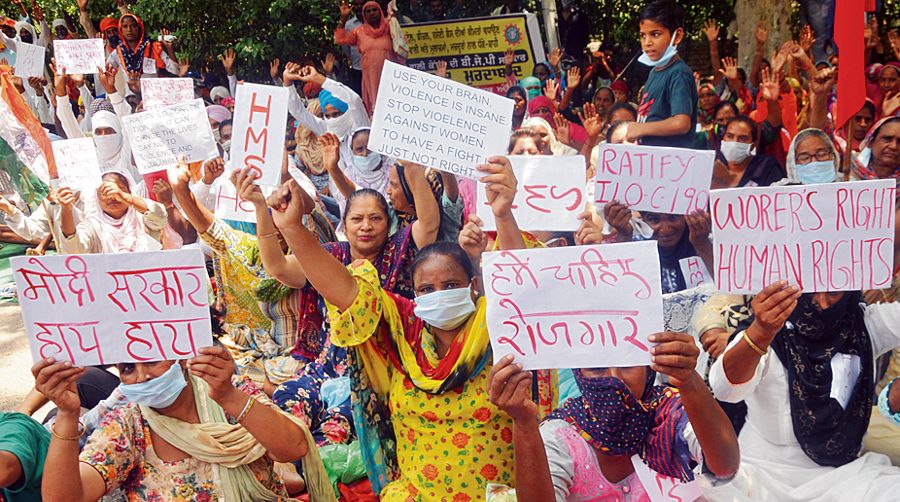 Members of various trade unions and daily labourers stage a protest against the policies of the Central Government in Amritsar on Friday. Photo: Vishal Kumar

The protesters gathered at the Children’s Park area here and raised slogans against the Centre. They also submitted a memorandum of their demands to the Central Government via the district administrative officials.

The protesters opposed the proposed decision to auction the land of Bathinda thermal plant, and demanded that the operations of the plant be allowed to restart, while contracts with private firms for power purchase must be cancelled by the government. They also raised concern over the decision to privatise other sectors as well.