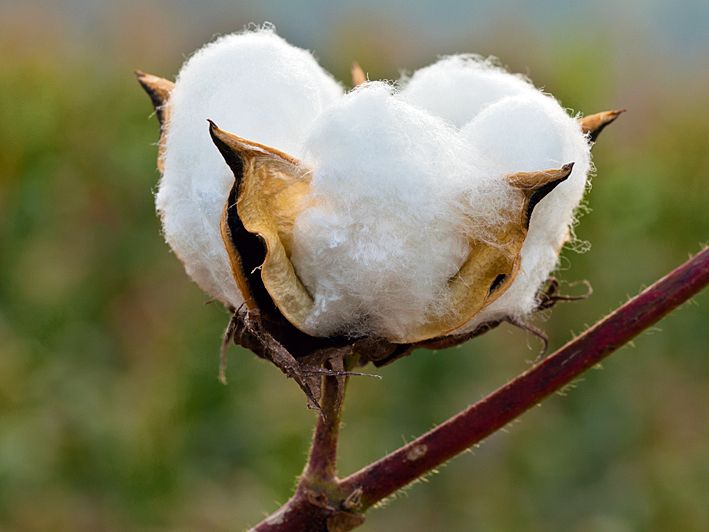 IN an affirmation of the Minimum Support Price (MSP) regime, the purchase of more than 80 per cent of the cotton in mandis of Punjab by the Cotton Corporation of India (CCI) is helping farmers get higher prices from private traders and industrialists these days. Farmers have sold cotton for as high as Rs 6,000 per quintal against the MSP of Rs 5,515.

“I got Rs 5,900 per quintal for my yield this time. My friend from a neighbouring village told me that he got Rs 6,000 a few days ago,” says Dharinder Pal of Kanakwal village in Bathinda district. The CCI entered the mandis last year after a gap of five years and gave good prices to farmers. Last year’s profits motivated the farmers to plant more cotton this season. The CCI again made the bulk of the initial purchase, prompting private parties to pay even higher.

Cotton farmer Sukhpal Singh from Kot Shamir says, “I have not yet sold my cotton produce. However, I have been told that the prices have fallen by about Rs 100 compared to rates yesterday. This is not alarming because the prices have not fallen below the MSP. I am assured of a good sale.”

Rattan Singh, a farmer based at Bucho in Bathinda district, says private traders and industrialists do not enter the market early, when the crop arrives, hoping that the crop might sell cheaper than the MSP. “It sold cheaper during the years the CCI did not come to the mandis. They anticipate that that farmers would sell cheaper in case they did not get the MSP in the initial days. The story turned out to be different this year. Paddy and wheat are the only crops that get assured MSP on the list of 20-odd crops. So, the government entering the market could give a better deal to farmers of other listed crops as well.”

He adds, “Assured MSP holds the key to resolving the current standoff between the Central government and the farmers. If the government can ensure MSP on all listed crops, it will change the face of Indian farming. We need more organisations like the CCI.”

The general manager of CCI (Punjab), Neeraj Kumar, says, “The entry of the CCI has definitely given a boost to procurement as farmers are fetching rates above than the MSP. This has led to a situation where the purchase of cotton by the CCI has stopped as farmers are getting a better deal. The rates had fallen during the years the CCI chose to stay out of the market. Last year, when the CCI announced its re-entry into the mandis, farmers still had apprehensions. They grew only 12.03 lakh bales. Spurred by the handsome dividends last year, farmers grew nearly double the crop this year.

According to Kumar, private players are buying cotton because of a sizeable increase in the demand at the international level. They are getting good rates internationally and are also learnt to be storing stocks to sell later, expecting a rise in prices, he adds.

The CCI procures only Bt cotton. The desi (ordinary) cotton is purchased by private parties. A total of 9,481 quintals of desi cotton has been procured by private traders this year. The desi variety is used largely for domestic purposes like fillings for pillows, quilts and soft toys. The success story of cotton this year will be incomplete without mentioning the efforts by the state government, particularly amid the Covid-19 pandemic. Since Bt seed is produced in southern states, it was a hard task to transport a stock of 20-25 lakh seed packets during the lockdown, when there were strict travel restrictions.

For the first time, the seeds were transported from the southern states of Karnataka and Tamil Nadu by rail rakes. The challenge of supplying seeds from rail rakes to farmers was also handled well, with farmers getting the seeds, fertilisers and pesticides on their doorstep.