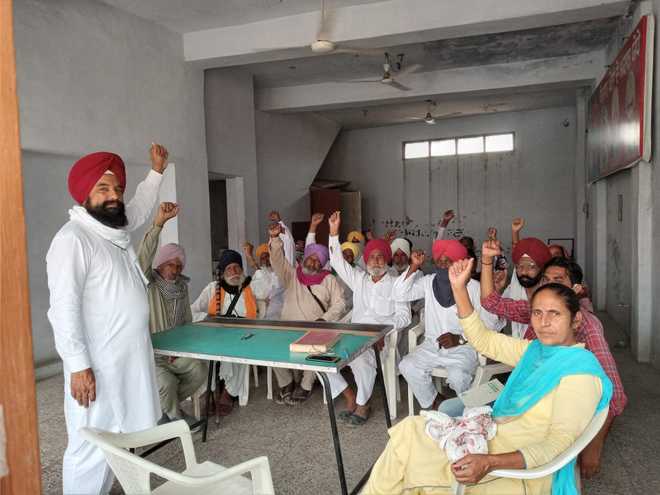 Leaders of the Kul Hind Kisan Sabha and Punjab Khet Mazdoor Union during a meeting in Bathinda on Friday. Tribune photo

He also condemned the “arbitrary” hike in petrol and diesel prices recently and demanded that heavy taxes on fuel be curtailed so as not to burden the common man.

Brar added, “Centre’s stubbornness will only lead to political consequences for the BJP in the upcoming elections in different states. We will unite against the BJP via mass mobilisation in the country. We will lay bare its anti-farmer and anti-common man policies before the people. Apart from skyrocketing petrol prices, number of other daily need essential items is quite expensive now.” The meeting was jointly conducted by the farm union and Punjab Khet Mazdoor Sabha.

Baldeep Singh Kot Shamir, a leader of khet mazdoor sabha said, “People across all sections of society have now seen corporate-favouring face of the Centre. Notwithstanding tenets enshrined in the Constitution, the government has brought in laws against the will of the people. We demand repeal of such laws.”