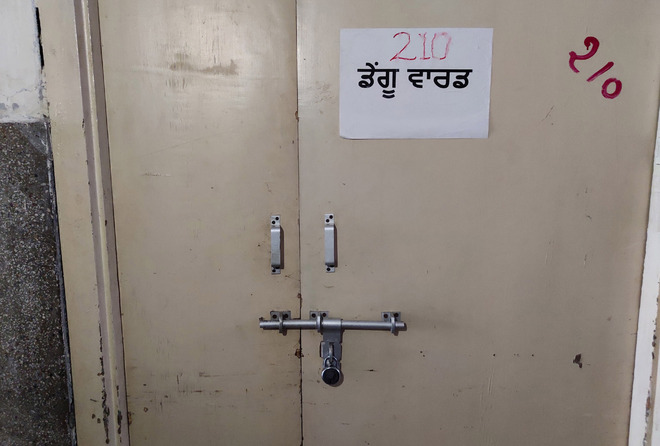 The dengue has been spreading its tentacles quite rapidly in the district. A total of 38 new cases have reported in a single day, putting the total count of dengue patients at 538 in the district this season.

Department officials, who have been conducting checks at various locations in the district, claimed that more than 800 larvae of aedes mosquito had been recovered and destroyed by them. But the spread of the deadly disease does not seem to have been curbed by the department. Apart from confirmed dengue cases, there are scores of patients with symptoms of dengue, who are visiting private hospitals in the district.

There is one confirmed death due dengue recorded in the district this season. Another dengue patient is suspected to have died due to the virus (to be verified by the review committee).

Meanwhile, the number of dengue patients in the district is on rapid increase and many of them undergoing treatment at Civil Hospital. Few rooms at the Dengue Ward are still lying locked and the condition of toilets in the ward is also unhygienic.

Health Department officials said as compared to the previous year, confirmed cases of dengue were less and efforts were afoot to makes sure that the situation remained under control in the coming months as well as the dengue cases often swell between October and December.

Dr Umesh Gupta, District Programme Officer, National Vector Borne Disease Control Programme, said, “Our teams have sprinkled anti-larvae spray in houses where dengue cases have been reported. Family members of patients and those residing in the vicinity have also been examined. Apart from that, intensive awareness activity and preventive measures are being also done on a routine basis. Fogging was also being conducted at regular intervals.”