Shyam Saran's book 'How China Sees India and the World' traces interaction between the two countries : The Tribune India 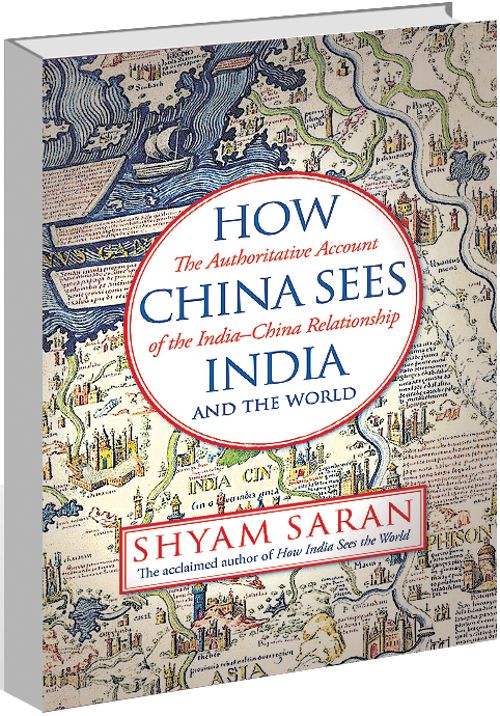 How China Sees India and the World by Shyam Saran. Juggernaut Books.Pages 282. Rs 799

Shyam Saran, an accomplished former diplomat who has spent some years in Beijing and is proficient in Chinese, is well qualified to write ‘How China Sees India’. It is an ambitious and unique attempt to examine the interaction between these two ancient civilisations, their similarities and differences, and how their perceptions of each other changed through the centuries.

Shyam Saran has made an informed contribution to the study of the India-China relationship, especially so as China’s archives remain strictly off-limits to researchers and scholars. Some years ago, China had allowed access to their records for a few months, but shut that down soon after. Inexplicably, India’s archival and other records remain accessible to China and the Chinese have collaborated with an Indian partner to cull out the documents of their interest.

In the book’s opening chapters, the reader is introduced to the chronology of the 15 dynasties that ruled China, pointing out that although many were foreign, successive Chinese dynasties sought to unify the people through a common language and a centralised administration. They introduced a common script that helped unify the country and enabled people to understand each other despite differences in dialects and accents.

He also refers to China’s exam-based civil service which, he states, mitigated social inequalities and introduced a tradition of meritocracy. It needs to be remembered, however, that the candidates had to spend years in preparation, during which time they were dependent on their families or a benefactor who had to be sufficiently wealthy. The student who qualified became a ‘mandarin’ and, till the communists captured power, remained a privileged individual.

He also sets at rest the narrative sought to be built that the two civilisations had close trade and other contacts. Early in the book, Shyam Saran explains that contacts were sparse and far between, with an absence of meaningful interaction. While the Himalayas and the cold mountain deserts of Tibet were undoubtedly near insurmountable geographical barriers, trade and contact between the two were intermittent, even by sea. This notwithstanding the well-known Chinese fishing nets still being used in Kerala! Down the centuries, India looked and interacted with the lands to the west while China’s economic influence spread primarily in the east.

It was the spread of Buddhism that saw the first meaningful contact between the two civilisations. “Several Indian monks also travelled to China and served as priests and translators in the country’s monasteries. But such encounters were confined to a relatively small group of Indians and Chinese,” Shyam Saran writes. India, he says, left an impression on China, but there was no similar impact on India. The message of Buddha taken by Indian monks and scholars persists in China till today despite the imposition of communism in China since 1947!

To an extent, he rectifies the narrative of the Middle Kingdom and ‘Tianxia’, or Under Heaven, and states that in “Buddhist terms, China was described as a periphery while India was the spiritual centre”. Ancient Chinese texts, in fact, referred to India as ‘Xi Tian’ or Western Heaven, as it was the source of astronomy, medicine and significant treatises. Interestingly, he mentions that even in the 16th century, Jesuit missionaries travelling to China passed themselves off as monks visiting from India and dressed in the robes of Buddhist monks since India was esteemed as a “civilised and sacred land”!

The author highlights the difficulties in managing relations with China’s communist regime. He identifies the paucity of experts, lack of understanding of China and the asymmetry in power as major obstacles. As evidence of this neglect, he points to Prime Minister Nehru’s failure to comprehend Tibet’s strategic importance as the water-head of major rivers and warnings by Indian officials that China would absorb Tibet and become an unfriendly neighbour. China’s leadership since Mao harbours a very negative impression of India, which they continue to propagate.

He argues that though in apparent decline, the West remains the most advanced centre of knowledge and innovation and stands ready to invest in India. He anticipates a bleak future for China’s totalitarian regime and opportunities for India.