5G Will Reach Every Town By the End of 2023 Thanks to Reliance Jio $25 Billion Spend : The Tribune India 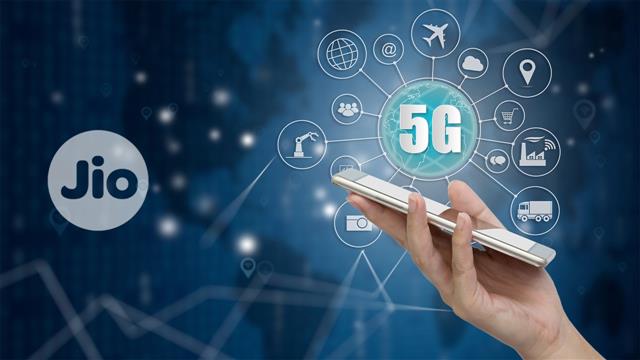 India’s leading telecom mobile provider, Reliance Jio Infocomm, announced during its annual general meeting that they've reserved a $25 billion spending on their 5G services' rollout which they plan to launch in major cities this Diwali in October. The company, which has aggregated over 421 million telecom subscribers, noted that it'll extend its 5G network to each town in India by the end of 2023.

According to Reliance Industry's Mukesh Ambani, Jio will distribute an independent 5G architecture that doesn’t depend on the current 4G network, providing superior performance. He added that the company could connect a hundred million households with its 5G network and further expedite its connectivity aspirations with specified broadband services without sharing tariff details.

He also said that the company unveiled AirFiber, a wireless 5G hotspot that doesn’t need fiber cables to get to homes. Jio disclosed that they’ve established a JioAirFiber Home Gateway, a wireless, straightforward, single-device solution to contain a Wi-Fi hotspot in a home linked to ultra-high-speed internet utilizing true 5G.

They added that, with a single device, JioAirFiber, it'd be easy and fast to connect any office or home to Gigabit speed internet. JioAirFiber’s simplicity will make it easier to connect millions of offices and homes to ultra-high-speed broadband in a pretty short period. With this, India can stand among the top ten countries even for fixed broadband.

How 5G will affect the evolution of online gaming

With advanced and revolutionary technologies currently available in mobile phones, the online gaming sector is among the fastest-growing industries in India. Several online gambling sites, including India's popular teen patti real cash casinos, are likely to see a massive boost with the implementation of 5G. This will include:

No lag and latency: Avid gamers dread response latency or delay when gaming. With 5G’S fast response times, the in-game action is bound to be smoother and without lag between the game’s response and the gamer’s input

Cloud gaming: The rollout of the 5G network will shift the power consumption, processing power, and storage away from computers and other devices and into the cloud. Online games’ future needs extra bandwidth, fast speeds, and ultra-low latency, making 5G ideal for providing cloud-based games

Unlock AR and VR: The 5G network will enhance virtual and augmented reality experiences. With its low latency and high speed, most of the processing power can remain in the cloud, letting VR headsets be free from cords while generating tactical experiences where players can get haptic feedback.

Ambani said that the Reliance Jio company is working with Google, Meta, Intel, Qualcomm, and Microsoft to expand their collaborations.

Since Jio and Microsoft signed a deal in 2019 to take Office 365 to small businesses, they're working on expanding their application offerings. Jio is working with Meta to create a metaverse and immersive technology. They're also collaborating with Google on extra-affordable 5G smartphones in the country's Google Cloud.

Jio added that they're also broadening their partnership with Qualcomm to create 5G solutions for India, and these firms believe it can be broadened outside the country. Jio platforms said they want to offer various sophisticated offerings, such as live cricket match simultaneous camera viewings. Viacom18, a deal between Paramount and Ambani's Jio, scored the Indian Premier League cricket tournament's streaming rights in the Indian subcontinent area with a recent $3 billion bid, beating rivals like Disney. Ambani noted that the company is also considering 5G applications in augmented reality, virtual reality, agriculture, and healthcare.

Ambani said Reliance, a $221 billion corporation, is also venturing into the cloud PC business. He added that without an upfront investment or periodic upgrading tension, users only have to pay for the extent consumed, leading to an affordable way of bringing the power of PCs to each Indian business and home.

Disclaimer: The above is a sponsored article and the views expressed are those of the sponsor/author and do not represent the stand and views of The Tribune editorial in any manner.