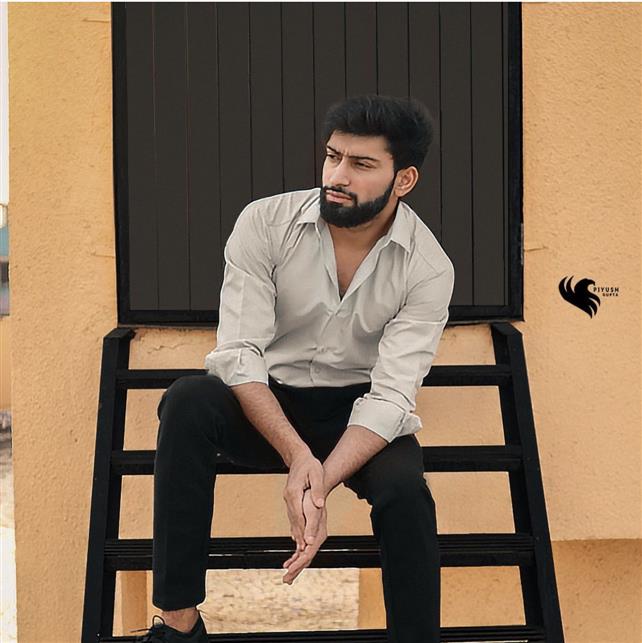 The OTT revolution in India has made it easy for versatile talents to gain the limelight. However, in a country abounding with talents and aspiring actors, it takes a lot of hard work and determination to stand apart from the crowd. Actor Gourav Chaudhary was a struggler some years ago when he was appearing for auditions one after the other. However, his failure to bag roles didn’t demotivate him. He was bracing for his big silver screen appearance in his way. He started by building a follower base and perfecting his craft by posting videos on social media. As a result of his persistence, he has now got a role in an upcoming web series.  The web series will be aired on one of the popular OTT platforms by the end of the year. Gourav is grateful and thinks that more than his persistence, the love of his fans, and the blessings of the family have helped him come so far.

Gourav’s acting dream dates back to his childhood when he’d read film magazines and save his pocket money to buy movie DVDs. He’d also spend hours mimicking popular film stars. What his parents dismissed as a worthless obsession, became a dream that Gourav saw even when he was awake. As he grew up, his dream didn’t fade but intensified. He started auditioning for roles at the age of 17 but didn’t strike luck. He enrolled in a course at Frankfinn Institute Mumbai to fulfill his parents' wish and to also stay in Mumbai to be able to attend auditions. Gourav also bunked a few classes to attend auditions but the lack of a proper response demotivated him.

When his course at Frankfinn was completed, Gourav got a job at an airline company. However, Gourav was unable to join due to an injury that he incurred after meeting an accident. This left Gourav clueless about his future. To make some money, he started teaching students in the vicinity. This was the time when Gourav came to know about musical.ly which later became TikTok. He started making videos and posting them on Musical.ly just for fun.

While Gourav was getting success in tutoring, he couldn’t forget his acting dream. He was seeing people make it big through TikTok but none of his videos were going viral. He was disappointed but continued to give it his best. He uncovered temporary happiness when one of his videos went viral. The video that garnered 700k views and 84k likes helped increase his fanbase from 10k to 20k in a matter of 2 days. Gourav started working harder with added zeal but didn’t find any success. Family pressure was building and he was also losing hope. It is then that he decided to forget his dream and focus on his tutoring career. He planned to conclude his TikTok journey and posted 2 last videos. Gourav refers to this as the turning point in his life as one of the 2 videos went viral. Gourav went from 35k to 100k followers overnight and the dialogue ‘Mela babu ne thana thaya’ is still one of the very popular dialogues on social media. This was just the beginning and Gourav has given many famous dialogues after that.

Even the ban on TikTok could not demotivate Gourav as he had already reached 100k followers on Instagram and YouTube. He has about 740k followers on Instagram and is better known as Gouravch2 by his fans. Gourav has been signed as an exclusive content creator by Mx-Takatak and actively participates in branding activities for various brands. Now that he will appear in a web series, he feels that he is a lot closer to his dreams but doesn’t want to give up the hard work. He wants to appear in many more web series in the future.

Gaurav wants to lead a life that inspires many and dreams that people celebrate him even after he dies. We wish him luck with this dream.