Believe you can, and you have already reached half-way! : Sourabh Dwivedi, producer 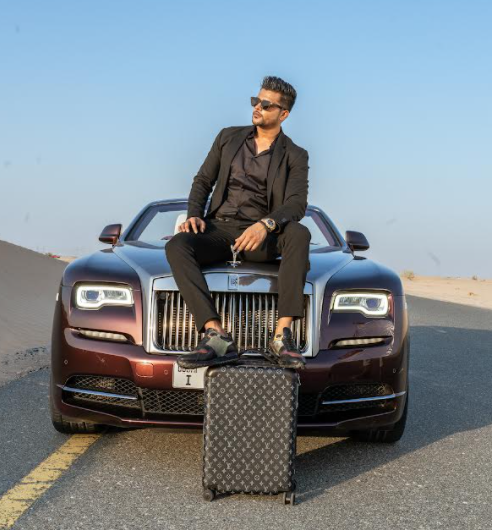 Sourabh Dwivedi also known as Sabby Dwivedi is a producer with other interests in the areas of entrepreneurship, entertainment and more. With big dreams, his journey is nothing short of an inspiring story.

An all rounder, Sabby has a fascinating tale to narrate about his burning passion and incredible journey in a recent subliminal conversation. Sabby took the plunge to get involved in the nitty-gritty of production, thus finally giving wings to his childhood dream of building something that can positively impact a large number of people.

Talking about his early life, Sabby comes from Mumbai, the city of dreams. As a teenager, Sourabh Dwivedi was very introvert, shy  and timid boy. But, he had this passion to do something big and different in his life, hidden within his self, since that time.

Meanwhile, according to Sabby, he has always had this inherent passion and the colossal aptitude to shine brightly amongst the general cloud and become more and more successful.

Not only as an producer, but also whatever Saurabh Dwivedi aka Sabby has achieved as a successful personality is really commendable and surreal. Sabby’s produced song Car Shookdi song has crossed the whooping mark of 1 Million views worldwide on YouTube.

Moreover, apart from the commercial sphere, Sabby's zeal towards life is immensely high as he finds it particularly captivating.

Undoubtedly, Sabby has worn many hats from being an entrepreneur to producer. In a candid and exclusive interview, Sabby revealed his secret mantra behind his victory. “The very first step is to believe in yourself and your capabilities. Be ready to expect the unexpected and follow your heart and keep moving forward”, quotes Sourabh Dwivedi who is popularly known as Sabby.

There are several other projects in pipeline for Sabby like movies music videos an much more. He is very excited to enthrall everyone with his expectacular delivery of content  dedicated to masses.