Beyond Symbolism: The Significance of the First Tribal President of India 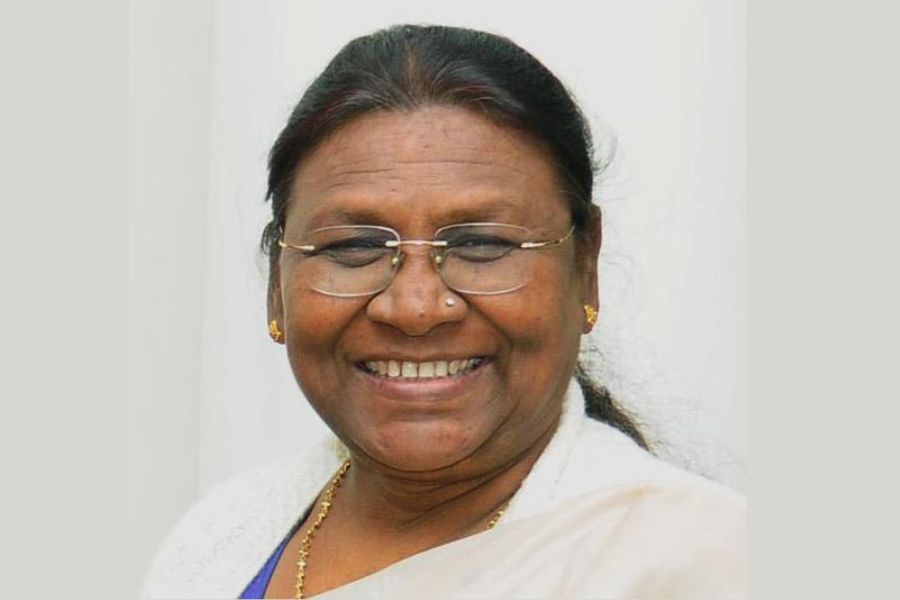 Sandeep Chachra - In assuming the office of the President of India, Sushree Droupadi Murmu has created history and kindled fresh hope. The assumption of office as India's first tribal President in the 75th year of our independence reminds us of our liberation struggle that freed all of us from colonialism and its many oppressions. We are especially reminded of the histories of oppression faced by the tribal peoples of our country, the glorious traditions of resistance and assertions they have made, and their role in the long march to freedom.

Many names and histories come to mind. More than 70 years before the First War of Independence, we have Tilka Manjhi, the Santhal hero who led the first rebellion against the British in 1784. Then just preceding the 1857 war, we have Sidhu and Kanu Murmu leading the Santhals against the British East India Company and the zamindari system. The two sisters, Phulo and Jhano Murmu, were leaders who got martyred in the struggle. Then at the turn of the century, we have Birsa Munda, who proclaimed, "Abua raj ete jana, maharani raj tundu jana (Let the kingdom of the queen be ended and our kingdom is established).

Hailing from the hills around Sikkim and Darjeeling, Helen Lepcha, who Gandhi renamed Savitri Devi, and Putalimaya Devi Poddar nee Tamang were active in the strong tradition of volunteerism and social work that also characterized the national movement and participated actively in all the waves of the popular upsurges – the Swadeshi movement, the Non-Cooperation Movement, the Civil Disobedience Movement and the Quit India Movement. In Manipur and across the Naga areas, Rani Gaidinliu started a movement promoting Naga religion and customs, which soon developed into a movement to drive the British out of the country. These are just a few names and moments that glimpse the contributions of thousands of tribal people and their communities across the country.

The election of Sushree Murmu has been welcomed across the country. In the weeks preceding the election, my colleagues and I had the opportunity to share time with tribal communities in remote districts of Gujarat, Jharkhand, Madhya Pradesh, Maharashtra, Odisha Punjab, West Bengal and Uttar Pradesh. In meetings with tribal communities and tribal social organizations across these states, as well as in posters and banners seen in public spaces, we have seen hopeful messages congratulating our first tribal President, with several outlining expectations for the realization of hitherto unfulfilled promises while preparing to celebrate International Day of World's Indigenous Peoples. Her election is a watershed moment for India's most neglected and exploited communities. Its significance also lies in the expectations awakened among indigenous and exploited peoples globally.

Hope is kindled in a context of denials of rights and discrimination faced by tribal communities. Seventy-five years into Independence, India's Scheduled Tribes (ST) remain on the bottom end of human development indices (HDI). The UNDP published India Factsheet 2011 on Gender, and Social Exclusion states that the Human Development Index (HDI) for ST are lower by 54% than that of Non-Scheduled Caste (SC) and Non-ST people. The HDI for SC communities is only 29% lower. This estimate shows more than three-fourths of the ST population can be deemed multi-dimensionally poor. This is reflected in their educational achievements too. At the same time, we await the outcomes of the delayed 2021 census and can expect some improvements in development indicators for tribal communities of India. However, as the Minister of State for Planning, Rao Inderjit Singh, had stated in Rajya Sabha in 2017, the gap in indices remains between them and other social groups. Unemployment among tribal communities had increased, he had stated in the same reply. The National Family Health Survey Round 5 for the year 2019-21 has shown that tribal children score least on the parameters of height-for-age, weight-for-height and weight-for-age. Tribal women below average in height are more likely to be moderate to severely thin and up to 7.6 percentage points more likely to have anaemia.

Indigenous communities bear the burden of oppressive histories and exclusionary present. If one were to write a story of land thefts on our planet, tribal communities and indigenous peoples would be the biggest victims; colonialists and rapacious corporations its biggest villains. A new data set from the United States tells us that Indigenous people in the United States have lost nearly 99% of the land they owned and possessed historically to colonialism and its continued manifestations. Land grabs and deforestation are the greatest threat to the lives and habitats of the indigenous worldwide, and movements for "Land Back" and decolonization are gaining momentum beyond North America.

While in India, we have no systematic data on the amount of land the tribal communities have lost in the last few centuries or continue to lose every day since independence, several micro studies point to massive and continued loss of land and habitats in tribal India. As relief and rehabilitation have been grossly inadequate, these processes have forced millions of tribal youths to join the ranks of what author Jan Bremen called "wage hunters and gatherers".

According to a study published in 2011, around 50 million people have been displaced in India due to 'development' projects alone in over 50 years. Dams, mines, industrial development and others account for the displacement of over 21 million development' induced Internally Displaced Persons [IDPs]. Of these, tribal communities, constituting about 40%, are the worst affected.

Amongst tribal communities, we also need to recognize the specific challenges faced by specific communities. Amongst these are the particularly vulnerable tribal groups. These are tribal communities who, in many cases, have little experience with the practice of agriculture and whose dependence on the forest for living is under severe threat. Then there are the De-Notified Tribes (DNT), which were notified as Criminal Tribes by British colonial rulers and subjected to much oppression and violence. Though the Criminal Tribes Act of 1871 was repealed on 31st August 1952, stigma continues to be attached to DNT communities. Many DNT people face harassment under the Habitual Offenders Act that replaced the Criminal Tribes Act.

While significant steps have been taken to protect and promote the rights of tribal people since independence, substantial actions on several fronts are awaited by the tribal peoples of our country. The provisions to protect tribal autonomy and their habitats are best enunciated in the 5th and 6th Schedule of the Constitution of India. The Panchayats Extension to Scheduled Areas (PESA) Act, 1996, marked a great advance to the idea of self-governance of tribal communities. The Forest Rights Act (FRA) 2006 goes a long way in recognizing tribal and other forest dweller's rights to forests and forest lands. However, the unfolding of PESA and FRA on the ground is denial and betrayal of hopes raised.

A recent Supreme Court decision calls for the eviction of tribal and other forest dwellers whose claims were "denied" and put millions of tribal peoples at risk. Twenty-five years into its enactment, the provisions of PESA are barely implemented on the ground, and its rulemaking has been delayed by decades in several states.

The rights in FRA and PESA need to be actualized on the ground and extended to include pastoralists and small-scale fisherfolk, rights to collective minimum landholding and use of water bodies for sustainable fishing. ActionAid Association has been tirelessly advocating for this. We have helped thousands of families and communities claim rights under the FRA, trained many panchayat members on the PESA, and worked with tribal and other communities who were being displaced from their lands.

As Governor of Jharkhand, Sushree Murmu intervened to protect the Chhota Nagpur Tenancy (CNT) Act and the Santhal Pargana Tenancy (SPT) Act. This gives rise to the seeds of hope that we may see renewed vigour to implement PESA and FRA to ensure tribal self-governance and community and individual forest rights, perhaps even a full moratorium on the alienation and theft of tribal peoples' lands.

As we travel past the 75-year milestone of our freedom under the leadership of our first tribal President, together we need to give substance to the promises of freedom made to tribal peoples, to protect and promote their life world, their vibrant cultures and futures, which are at advanced risk of irreparable loss and damage.

We welcome you, Madam President and pledge our full support to fulfil the great task that awaits the tribal peoples and us all!

(Sandeep Chachra is Executive Director, ActionAid Association and Managing Editor of "Agrarian South Journal of Political Economy". The views expressed here are individual and do not necessarily reflect those of the organizations represented.)