Narendra Kumar: A Corporate Wizard who is Promoting Startup Culture : The Tribune India

Narendra Kumar: A Corporate Wizard who is Promoting Startup Culture 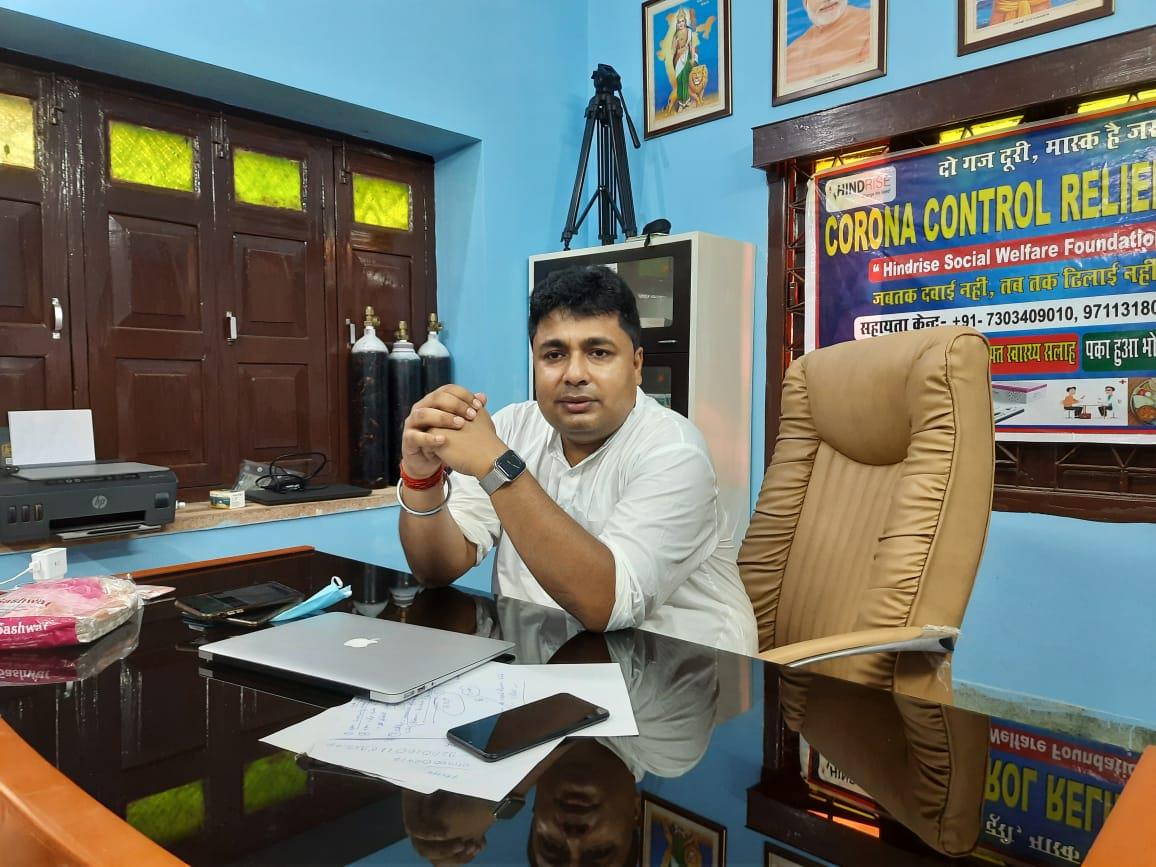 Kumar is a strategist, a thinker, a dreamer, and an achiever. Being a skilled administrator, he excels at discovering ideas and converting them into successful action plans. He has constantly been a diligent participant in creating a new, better, and self-sufficient India. Kumar praises and follows the ideals of Shree Narendra Modi, who is the Prime Minister of India. He is the founding brain behind two upliftment-based organizations named Aatmnirbhar Sena and Hindrise Social Welfare Foundation. Besides this, Narendra Kumar is also one of the founding members of Enterslice. He is eternally one step ahead when it comes to donating for a good cause. Due to this, he has a tremendous amount of experience at being a board member, due to which he is also proactive and dedicated to his work. His sincere and disciplined approach in life will transform rural India. All thanks to his conscientious pair of skill sets.

He serves his clients with specialization in the fields of Management, Administration, Fintech, Retail, Digital Business, Consulting, Investment Banking, and Corporate Governance. Along with that comes a glorious experience of nearly seven-plus years in start-ups as the CFO (Chief Financial Officer) and four years of experience as the CEO. Given all of his reputation and status, Narendra Kumar chooses to stay a modest and humble man. Plus, he continues to donate his time, efforts, and a part of his income into charitable events to make sustaining easy for the underprivileged. He is also an active part of major social reform initiatives involving children and women of Bihar, UP. His steady efforts and selfless aim to ensure the upliftment and betterment of the people of India have touched many hearts, and he promises with all his soul to continue this commitment.

In the year 1985, Narendra Kumar was born and raised in the city of MaaJanki (Sita Mata) Sitamarhi. He comes from a typical farmer's family. Till the age of 17, he carried on with his education in his paternal city of Sitamarhi and then he moved to Noida after finishing his school education to pursue higher education. He became a part of the BJP when he was 20 years old. He was constantly fascinated by the legends of the Indian Armed Forces and devoted followers of Swami Vivekanand as a youthful teen and dreamed of working for the nation's prosperity.

Following his studies in CA and CS, he spent over a decade in high managerial positions. Later, he founded NGOs and actively served the country by adopting and executing the BJP Mission. He has helped many impoverished people through his NGOs, and he is eager to work on solutions to improve the lives of those fighting the COVID-19 outbreak across India. He believes that serving the socioeconomic needs of disadvantaged people has become a pressing concern and deserves the attention of one and all.

The Aim and Purpose

The AatamNirbhar Bharat: Prime Minister Shri Narendra Modi Ji announced his mission of AatmaNirbhar Bharat Abhiyaan on May 12, 2020, to lend a hand to the Indian economy cope with the COVID-19 pandemic. Self-employment is the only viable option for propelling India toward AatmaNirbhar Bharat. It will result in a multiplier effect in terms of job creation. He believes that if we could somehow provide five crore jobs under the AatmaNirbhar Bharat Project, India will have 50 crore jobs. This plan has the potential to assist India in becoming a $5 trillion economy by 2022.

In May of this year, the Indian government offered a monetary and fiscal policy assistance package worth Rs. 21 lakh crore to help the country rebuild from the COVID-19 pandemic's devastation. The five cornerstones of Atmanirbhar Bharat are- Economy, Infrastructure Development, System, Throbbing Demography, and Demand. Narendra Kumar is working hard to make Modiji's aim of flipping tragedy into the opportunity a reality by expanding the manufacturing or creation of things that we acquire from other countries. He is dedicating a lot of his time, effort, and mind to the attempt to make the most out of a grave situation.

Narendra Kumar recalled in the recent interview with us about his plans and his intent behind giving wings to emerging entrepreneurs. Further, he added that that trying to uplift the nation by serving its people is one of the most important principles in his life. He is a firm believer in the potential of budding entrepreneurs and readily mentors them about the ups and downs of start-ups. Narendra Kumar is eager to assist inventive and youthful entrepreneurs who want to launch businesses to address the country's serious issues. Additionally, he is initiating huge leaps in the belief that supporting entrepreneurship can serve Indians to achieve social and economic development. Narendra Kumar adds that he thinks the poorer sections of our society need to be focused on more by social activists and political leaders. It will help to gap the bridge between rich and poor and induce popular commercial start-ups in India. He firmly believes that the youth can bring about innovative business concepts that will have the potential to positively impact the country.

He stands with the fact that there are innumerous ups and downs while running a startup business, but there is constantly a way out, no matter how severe the problem is. He comprehends that failures are a milestone when building a kingdom, but with true dedication, passion, love, and clear perspective, a person becomes unstoppable. Narendra Kumar has always believed that with a positive nature and commitment solving any problem is a ducks' soup. India is blessed to have a leader like Narendra Kumar who is moving mountains to establish startup culture in villages and rural areas.