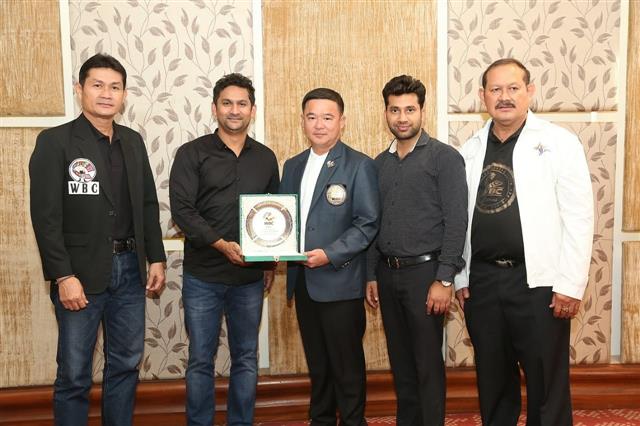 The WBC, an organization that sanctions professional boxing, has officially announced the formation of the WBC’s cares in a new start of the Indian chapter. This formation will be headed by India’s one and only film producer, Sam Fernandes, alongside his partner, Jai Singh Shekhawat, who was given the title “Promoter of the Year” by WBC Asia boxing.

The WBC is a council that was created and supported by 11 different countries that is the United States, Argentina, England, France, Mexico, The Philippines, Panama, Chile, Peru, Venezuela as well as Brazil and now their entire focus is shifting towards India to adopt this sport. Sam has mentioned that “WBC cares also has an Indian chapter now. This is CSR wing of the championship and our primary objective is to help the NGOs who are working towards various causes at the grassroots level”

He has also added “The time has come to take the sport to the next level and with the Indian chapter in WBC in place our entire focus will be on the same. We will aggressively promote the art of boxing and will look out for fresh talent,”. There are several satisfying health benefits that come with it which can help improve one's metabolism, increase fat burning and muscle tone, stress relief and it also helps strengthen the bones and ligaments of oneself.

He also commented on this saying, “India is a regular Medal holder at the Asian Games and Commonwealth Games in boxing. Boxers Mary Kom and Vijender Singh are household names in the country.”

Sam Fernandes who has been associated with boxing and bollywood for many years has marketed and distributed around 20 films and produced 6 of them and hopes that with him heading this project and with his influence in this country, they will be able to catch all the fresh talent that they are looking for over here and kick start the Indian Chapter of World Boxing Championship.

all purchases and transactions in respect of the land are be...