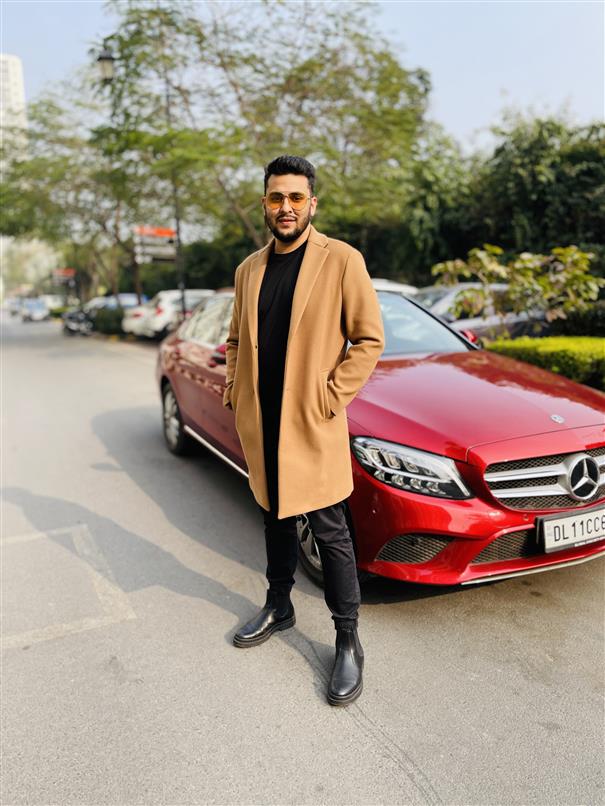 For a very long time, humans have walked instead of any public or personal vehicle and many have even sent letters to communicate in a single line. From mailing letters to using STD or ISD booths to just make a call, everything needed an immense amount of effort and time. Then came the evolution of new technologies and science showed wonder. It was nothing less than a magical transformation and today sitting in the 21st-century people have all sorts of facilities. Be it a phone to call or a bike to ride long distances, humans have evolved alongside their technologies. Today without a strong internet we can hardly function as technology has moved to the next Gen. Sanchit Shokeen, a young entrepreneur and the owner of the YouTube channel @techbar is one of those youngsters who made it easier to figure out these technologies. He has made life easier by delivering raw and honest reviews to his viewers.

In this technologically advanced world, it is often just not about science advancing but it is more about the time. Every minute there is new software, a new phone, a new laptop and this is sometimes challenging for the laymen to cope up with. Sanchit makes it a point to review all new gadgets and software to ensure that his viewers know about their machines and can buy efficiently. He started the channel to review in the simplest of the language for his layman viewers. There are multiple types of viewers including a few who know their product well and want to know more technical details while watching a review video. However, few know about new products but they find it difficult to choose the appropriate technology. He uses simple language to explain complex gadgets, accessories, and software. Sanchit started the channel while he was completing his engineering. He wanted to start his own and at the same time keep his passion intact. This is when he decided to start his channel on YouTube. His first video was uploaded 8 years back and since then his videos have kept exploring new heights of success.

Techbar uploads review and unboxing videos of gaming sets, laptops, smartphones, and software including the others. The viewers of his channel are not just high school geeks but also pro gamers, corporate individuals who are using different gadgets and always look forward to knowing more about the new upgrades in the market. Sanchit Shokeen is now a known name on YouTube and is known for his simple way of representing the videos he uploads. His effort of 8 years truly reflects the hard work he has put together to build the channel and to create the buzz about keeping it simple. His tone, language, and enthusiasm while delivering an unboxing or a review video are unmatched.

Sanchit mentioned, 'It's over 8 years that I am constantly uploading videos for my viewers. Many might think how am I doing this or am I bored doing it? The answer to that is simple. My passion drove me to start something of my own and technology being my best friend makes the work easier. If you have a passion and you know someday you shall reach there, nothing matters more. All the efforts that you put in and all the thick and thin situations you are in can never break your spirit. I am glad I did this.'