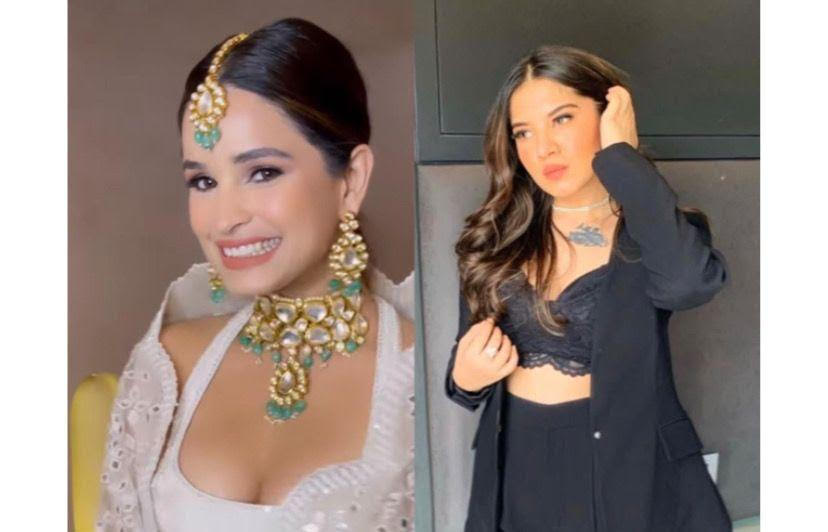 Chetna Pande is a household name among Indian television enthusiasts who enjoy daring and reality shows. MTV's "Fanaah" was where the celebrity began her career as an actor. This was a great hit, so much so that she was cast as Jenny in the rom-com film "Dilwale" in 2015. Pande was a contestant in yet another MTV show called "Ace of Space" three years later. During her stint on the show, she was cast in another venture, a web series called "NIS" (which aired on the OTT platform 'ALT Balaji'). The actress has given outstanding performances in the online series "Home: It's A Feeling" and "Class of 2020" in the years 2018 and 2020, respectively.

The actress is usually much in B-town news for her beauty and radiant glow. To preserve her fame, Chetna ensures that only professionals adorn her for work-related projects and occasions to which she is a guest. Pande, for one, recently traveled to Jaipur, the pink city, to attend a friend's wedding. She got her makeup done by Bhavikaa Saluja, a well-known and accomplished artist in the area, for the occasion.

Chetna drew up a list of her preferences for how she intended to look, and Makeup Artist Bhavikaa Saluja delivered exactly what she asked for, no more and no less! The celebrity is said to have relished working with the makeup artist and plans to return for additional individualized makeup looks for special occasions, fashion shows, award shows, and other events.

Bhavikaa Saluja, on the other hand, feels the same way. The fact that the duo feels mutual about this whole experience, is, in itself a sign of cooperation and good artistry. Chetna, according to Saluja, did not trouble her during the process and instead let the whole thing go smoothly for the two of them by encouraging her to try her hands on newer looks. She additionally claims that, despite being a well-known celebrity, Chetna is a really down-to-earth, modest, and joyful person. Bhavikaa Saluja, for one, would like to work on more collaborations with her in the future.

Whenever it comes to delivering desired looks and being party-ready for any celebrity on any occasion, Makeup Artist Bhavikaa Saluja's blend of client pleasure and superb craftsmanship definitely plays the Trump Card. She is skilled with her brushwork and never misses an opportunity to learn as much as she can from her clientele and their backgrounds.