Union Budget 2022 and the Well-being Challenge : The Tribune India

Union Budget 2022 and the Well-being Challenge 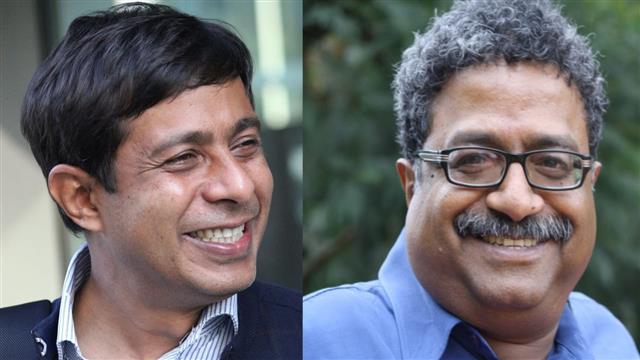 Even the most optimistic observer of the Indian economy would find it difficult to show how the Indian economy is helping the well-being of the large majorities of the population. Battling a pre-COVID slowdown, battered by two waves of COVID-19, and still struggling with a plateauing third wave, it would have been an uphill task for any Government of the day to present a budget that would present strong proposals for recovery for the masses of India and booster hope.

Majority of the media has hailed it as a “booster budget”, because 35.4% increase in capital expenditure done with the aim of “speedy and sustained economic revival and consolidation through its multiplier effect”.  A critical review of the budget however shows too great a dependency on the trickle-down impact of this investment on employment and incomes for the poor.  For instance, the promised increase of six million jobs to be created by this additional investment amounts to less than 17,000 jobs per day. In a context where job-loss and joblessness is endemic, this would be of little consequence.

Private consumption is a good indicator of income and well-being of populations. The Economic Survey and earlier data from the Centre for Monitoring Indian Economy (CMIE) shows that private consumption in the year 2021, though better than the 2020 numbers, is much below the 2019 figure.  Even in the current year, private consumption, which constitutes roughly 60% of the total GDP, has recovered only to 2017 levels  – levels during the time of economic slowdown.  Of course, existing and growing income inequalities also mean that majorities of working poor are much worse off.

Considering the state of the economy the budget should have laid out in some detail how a major push would be made to increase employment and peoples’ incomes. As a first step, investment into the employment-intensive MSME sector should have been a major component of this budget. However, apart from extension and expansion of credit lines, no major fiscal stimulus has been offered to this sector.

An emphatic focus on the promotion of collective enterprise through co-operatives, producer companies, especially women enterprise could go a long way in creating sustained livelihood for informal workers and the rural poor.

MGNREGA has proved to be a tried and tested way of creating work. Recent data has demonstrated that the scheme has been successful in even providing work for returning migrants. Disregarding the call for enhancing MGNREGA guarantee from 100 to 200 work days, and extension of an employment guarantee scheme to urban areas, the 2022 Union Budget shows a reduction in financial outlays.  The 2022 Union Budget has allocated Rs 73,000 crores to MGNREGA, which is a decrease over both 2021-22 revised estimates of Rs 98,000 crores, and 2020-21 actual expenditures of Rs 1,17,000 crores.

On the farmers front, while the push for organic agriculture is a welcome one, even though limited in the first phase to Ganga corridor, substantive budget allocations have been found wanting. Beyond the needed steps on reduction of taxes on cooperatives, and incentives for start-ups, what was needed were substantive allocations to rural regeneration, . This would be much needed recognition that the stressed agriculture sector, which turned out to be such a saviour for the economy during the lockdown-caused reverse migration, needs much higher attention and levels of investment. Of course a full resolution of the agrarian crisis, which needs systemic change including land reforms falls beyond the purview the Union Budget, but expected steps such as an income assurance, particularly for small and marginal farmers, and a cover of decent social security could have been taken, but were not. In fact quite to the contrary, the outlays for guaranteeing minimum support prices for all crops have been also reduced from Rs 2.42 lakh crores in the 2021 Union Budget, to 2.37 lakh crores this year.

In the Budget 2022, inclusive development and climate action has been stated to be amongst the priorities of the Union Government. This is a welcome step. There is no denying that the challenge to make the Indian economy support people’s wellbeing is a difficult one.

But first steps to meet this challenge in terms of increasing employment and income could have been taken more emphatically. The 2022 budget has belied hopes of informal workers and small and marginal farmers.  It is tragic that we have not even learnt the lessons from COVID-19’s unmasking of the deep levels of precarities of the working people – the true makers of our national futures.

(Both work with ActionAid Association. Views expressed are personal and do not necessarily represent that of the organization)