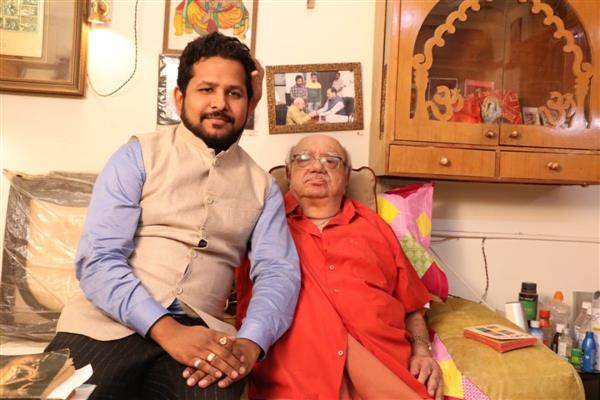 What is Nadi Dosh

Vedic astrology believes that even if married to Nadi Dosha, the husband or wife may have to face many types of physical diseases in married life. Some serious blood-related diseases arise in their children or in many cases such couples also have to face problems in conceiving. To know about the Nadi dosha before marriage, the Guna of the boy and the girl are matched through the process of matching their Kundali, which is also known as Kundali match matching. Under this, they can be matched on the basis of eight Gunas. These qualities have a total of 36 Guna. Of these 36 Guna, half are essential for a happy marriage. Ashtakootas include Nadi. There are three types of Nadi, Aadi Nadi, Madhya Nadi, and Antya Nadi. The presence of the Moon in a particular Nakshatra in the birth chart of every person indicates that person's Nadi.

There are Three Types of  Nadi Dosha in Kundali.

There are nine constellations in the Madhya Nadi, their names are Bharani, Mrigshirsha, Pushya, Purvaphalguni, Chitra, Anuradha, Purvashadha, Dhanishtha, and Uttarabhadrapada. Due to Madhya Nadi Dosha, there can be a lot of difficulties in married life.

There are nine Nakshatras in Antya Nadi, their names are Krittika, Rohini, Ashlesha, Magha, Swati, Vishakha, Uttarashadha, Shravana, and Revati. If there is 'Antya dosha', then married life goes through a lot of trouble.

How to Find Nadi Dosha in Kundali

Nadi dosha is invalid if males and females are born in the same but different houses. According to astrology, each of the 27 Nakshatras has four parts which are known as Katanas in astrology. In the Kundali of a man and a woman, Nadi dosha is formed when the Moon is in the Ashwini Nakshatra, but if the Moon is located near both the Nakshatras, the Nadi Dosha is invalid. You can visit bejandaruwalla.com to know if there is Nadi dosha in your Kundli and how to remove it through remedies.

Importance of Nadi Matching in Kundali

Nadi dosha is considered to be the most inauspicious dosha among the doshas formed in the process of matching the guna used for Kundli matching and many Vedic astrologers believe that due to the formation of Nadi dosha in Kundli matching, there will be a lot of poverty, no children being and both the girl and boy may also face heavy troubles in married life. While matching the guna, if the Nadi of the boy and the girl is different, then they get 8 Guna out of 8 for matching the Nadi, such as the Aadi Nadi of the bridegroom and the Madhya or Antya of the girl's Nadi. But if the Nadi of the girl and the boy is the same, then they get 0 Guna out of 8 for Nadi matching and it is named Nadi Dosha. According to the popular belief of Nadi Dosha, there is a strong possibility of divorce or separation in the event of both the girl and the boy having a Nadi dosha.

-          According to the astrologer, the Kundali of the boy and the girl must be matched at the time of marriage. Also, marriage should be done only if there is no Nadi defect.

-          If a boy and a girl with Nadi Dosha are married, then the marital relationship does not last long and the marriage breaks up due to one reason or the other.

-          If there is a middle Nadi in the Kundali of the boy and the girl and they are married, then there is a possibility of death for both of them in some event.

-          If there is Antya Nadi in the Kundali of boy and girl and they are married, then there is mental tension and discord between them. Their lonely life is also more painful than usual.

-          The other qualities of a boy and a girl should be found. But if there is Nadi Dosha, then it cannot be denied under any circumstances, because it is very unfortunate for married life.

-          Such relationships either pass like hell or break in tragic circumstances.

- To remove the effect of Aadi Nadi, Madhya Nadi, and Antya Nadi, donate food on the anniversary of marriage.

- According to the astrologer, increase the intake of foods that eliminate the effects of Nadi doshas.

- Gold should be donated to a Brahmin in the case of Nadi dosha, it removes the defect. Apart from this, donate food equal to your weight on your anniversary, in such a situation, feed food to a Brahmin and donate clothes, it pacifies the effect of Nadi Dosha.

Marriage is considered the most important thing in a man's life. The relationship is determined by getting the marks according to the birth and name of the married bridegroom and bride. Among the doshas that occur in the process of getting guna is a Nadi dosha which is considered the most inauspicious dosha and astrologers believe that Nadi dosha in getting Kundli leads to terrible problems like poverty, infertility, or untimely death of one or more of the groom. Married life is very unfortunate. Marriage due to Nadi Dosha should be abandoned and if this is not possible then the Nadi Dosha ceremony should be performed. If there is Nadi dosha and marriage is done then such a marital relationship does not last long and the marriage breaks up due to one reason or the other.

According to Astrology Predictions, there is a problem in conceiving due to Nadi Dosha. Due to this defect, their children are mentally underdeveloped and physically unwell. Some serious blood-related diseases develop in their children or in many cases they do not have children. Sometimes the child may die during pregnancy.

Nadi dosha in the Kundali means that a person may face a lot of troubles in his married life and sometimes the relationship breaks down. If a boy or girl is getting married, then it is very important to match the Kundali before that, so that it can be found out whether there is a Nadi dosha in the Kundali of either of them or not. If there is a Nadi dosha in the person's Kundali, then it can be remedied by talking to astrologers. You can talk to Astrologer Chirag Daruwalla on Call/Whatsapp: +91 9825470377. You can also email Celebrity Astrologer Chirag Bejan Daruwalla at info@bejandaruwalla.com they will give you proper guidance about all Nadi dosha.